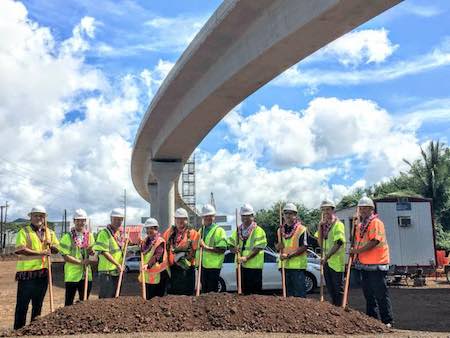 The station is one of three in the Kamehameha Highway Station Group, which also includes the Aloha Stadium and Pearlridge stations.

Nan Inc. is the contractor for the three stations.

HART is building a 20-mile passenger-rail system in the city and county of Honolulu, which encompasses all of the island of Oahu. The project is expected to cost more than $8 billion.