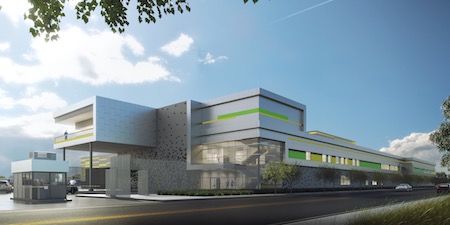 Known as the Southwest Yard, the 115,650-square-foot facility is located near Los Angeles International Airport and will be built by a Hensel Phelps/Herzog joint venture.

The yard will consist of a main shop, washing facility, cleaning platform, material storage building and wheel truing shop. It will have the capacity to store 70 light-rail vehicles but can be expanded later as the agency's rail fleet grows, Metro officials said in a press release.

"The 200 people to be employed here will be working in a state-of-the art facility designed to keep our new system in a state of good repair," said Metro Chief Executive Officer Phillip Washington.

The Southwest Yard is being designed and constructed to attain Leadership in Energy and Environmental Design (LEED) Silver Certification. More than 20 percent of construction materials will consist of recycled material, Metro officials said.

In addition, the yard will have offices for general administration and employee welfare.

The Crenshaw/LAX project will run from the Metro Expo Line at Crenshaw and Exposition boulevards for 8.5 miles and connect to the Metro Green Line. A future people mover system will run between the Crenshaw/LAX line and terminals at the Los Angeles airport.