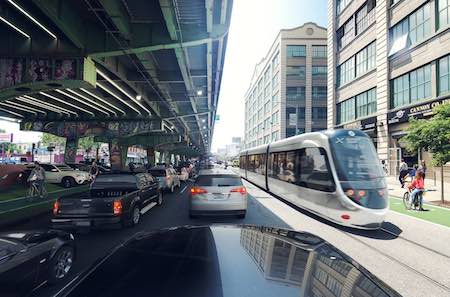 The nonprofit group will work with commuter representatives throughout the BQX corridor, which runs from Astoria in Queens to Sunset Park in Brooklyn, to grow its coalition of community members, transit experts, education and cultural institutions, and businesses, according to a press release from The Friends.

The Friends Executive Director Ya-Ting Liu will lead the effort.

"The Friends of the BQX exists to make sure that this investment in a corridor historically underserved by transit will be as equitable, impactful and resilient as possible," Liu said.

The group also has released a new video about the streetcar and launched a new website.

In February, New York City Mayor Bill de Blasio announced the plan to build the $2.5 billion, 16-mile route, which he said would generate $25 billion in economic activity over 30 years.

The group's new video about the Brooklyn Queens Connector