The $327 million project, which finished on budget and ahead of schedule, adds 3.2 miles of rail along 19th Avenue between Bethany Home and Dunlap avenues in north Phoenix, agency officials said in a press release. 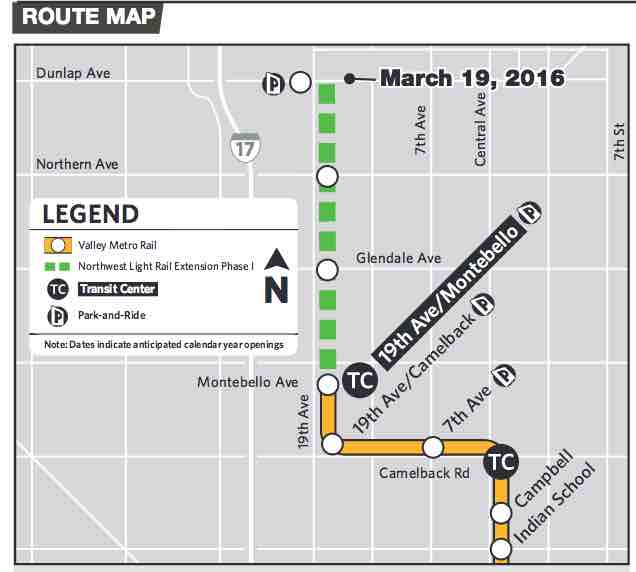 Work on the extension began in January 2013, after city leaders dedicated funds to prevent delays that would have resulted in the line opening in 2023.

"We couldn’t afford to wait because we know that this extension will connect more Phoenix residents to jobs, education and opportunity while attracting billions of dollars of economic investment," said Phoenix Mayor Greg Stanton.

The opening of the Northwest Extension marks the start of many transit improvements coming with voter approval of the Transportation 2050 plan last year.

Trains along the new route accommodated more than 2,100 riders during the March 19th opening ceremony.

The second phase of the Northwest light-rail project, which will extend the route 2 miles to the Metrocenter Mall in Phoenix, is slated to open in 2023.

Meanwhile, Sound Transit on Saturday opened its University Link light-rail extension. The agency wrapped up the project six months ahead of schedule and about $200 million under its $1.9 billion budget, Sound Transit officials said in a press release.

Agency officials attributed the project's success to collaboration with the federal government and other partners including the city of Seattle, the University of Washington, and the Washington State Department of Transportation. 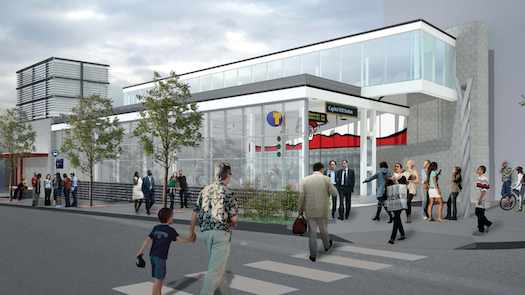 "Thousands of commuters will now be able to get to their destination on time, every time, even as our population grows," said Sound Transit Board Chair Dow Constantine.

The 3.1-mile underground extension includes stations on Seattle's Capitol Hill and at the University of Washington near Husky Stadium. Trains making the eight-minute trip from the university to downtown Seattle will bypass some of the most congested traffic in the region, according to the agency.