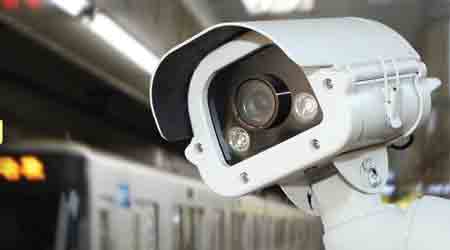 A lone gunman's attempt to attack passengers on a Paris-bound train last August elevated concerns over whether enough is being done to protect the security of train riders.

Although the gunman's plan to commit mass murder on the Amsterdam-to-Paris high-speed rail line was foiled by a group of alert riders, the frightening event further heightened public anxiety over passengers' vulnerability to similar attacks in the United States. U.S. transit agencies responded by tightening security in publicly visible ways, including increased police patrols, surveillance, and random checks of bags and trains at various locations. The agencies repeated those efforts following the deadly terrorist attacks in Paris in November and in San Bernardino, Calif., in December.

Moreover, more security information was shared among transit and railroad industry execs, local and state law enforcement agencies, the U.S. Department of Homeland Security (DHS) and the FBI via the Surface Transportation and Public Transit-Information Sharing and Analysis Centers. The centers — in collaboration with the American Public Transportation Association, Association of American Railroads and Transportation Security Administration — disseminate a "Transit and Rail Intelligence Awareness Daily Report" on potential vulnerabilities, threats and/or risks to security.

Many transit agencies in recent months also have called on passengers to help beef up security by being more aware of their surroundings and report any suspicious packages, activity or behavior that they might witness on a train or in a station. The agencies stepped up visibility of their "See Something, Say Something" campaigns, which many began implementing in the days following the 9/11 terrorist attacks in 2001.

While such shows of force may have helped reassure train riders in the immediate aftermath of those high-profile incidents, the events also left passengers wondering what agencies do on a day-to-day basis to protect them from all kinds of security concerns. Although terrorism is certainly a top security issue to transit agency leaders, so is fighting crime. The more routine security violations on their systems involve thefts of personal and public property, vandalism, and non-terrorism assaults, harassment and nuisance acts committed against passengers and agency employees, transit agency execs say.

To that end, agencies are employing a variety of tactics that combine enhanced technologies and increased personnel as part of their security strategies. From the installation of increasingly sophisticated video surveillance systems, to the deployment of smartphone "Transit Watch" applications, to adding K-9 teams and armed security personnel, applying new ways to secure transit-rail systems is a high priority.

Prior to joining L.A. Metro, Wiggins served as vice president of security services at Transit Safety and Security Solutions, where he assisted with system safety and security management on the Regional Transportation District of Denver's (RTD) Eagle P3 project.

Looking for a face in the crowd

Some of the latest developments in transit security can be found in video surveillance technology, says Wiggins.

"Video analytics tools and facial recognition technology are beginning to play a more significant role in the industry," he says. "Because we're dealing with large numbers of people, you need technology that can quickly scan a large crowd and look for very specific anomalies so you can deploy your assets appropriately."

The analytics tools are used to detect out-of-the-ordinary activity picked up by video surveillance cameras. A camera's software can be programmed to alert security personnel in real time when a potential threat occurs, such as someone entering a rail station through an exit-only door or a person leaving behind a backpack on a train platform.

"The industry is integrating analytics tools into our day-to-day video surveillance operations," Wiggins says. "Analytics can give you information in real time and alert you when something needs to be investigated."

The software also helps address a major challenge in the use of surveillance technology: constant monitoring of the video images.

"Many agencies have great video surveillance systems in place, but if they're not actively monitored in real time, you can wind up with just a recording device," explains Wiggins.

Increasingly, some larger agencies are considering the use of facial recognition technology as a tool in their security arsenal.

In Chicago, for instance, an armed robber was caught in 2013 and convicted in 2014 after police used facial recognition software known as NeoFace to identify him in video images captured by Chicago Transit Authority (CTA) surveillance cameras. The U.S. Transportation Security Administration has awarded CTA a $5.4 million grant to integrate its extensive surveillance program together with NeoFace, a product of NEC Corp.

The charged robber in the CTA mugging case was Chicago's first conviction of a crime suspect whose identity was determined in part by facial recognition software. As that technology evolves, transit agencies are more likely to adopt its use to assist police departments in arresting criminal suspects, Wiggins says.

Another technological development on the security front involves software applications that allow passengers to use their smartphones to record and report suspicious activity, people or objects to transit agency authorities.

"Smart apps are really big," says Wiggins, noting that "Transit Watch" apps have been rolled out at Metro in L.A. and RTD in Denver. Transit Watch can be downloaded on iPhones and Androids.

"What I really love about Transit Watch is that it helps us to be more secure by relying on passengers to help us out," he says. "In Los Angeles, we monitor our Transit Watch app 24/7. We have sheriff’s deputies and security staff available to respond in real time to reports from the Transit Watch app."

In Denver, RTD has offered its Transit Watch app for the past year, according to David Genova, who last month became the agency's new chief executive officer and general manager. Prior to his promotion, Genova served as RTD's assistant general manager of safety, security and facilities, and in that role, he helped develop the Transit Watch app.

The goal in creating the app was to offer something easy for passengers to use, Genova says.

"We wanted to minimize the amount of typing a person has to do to use the app. So, what I really like about it is that it offers drop-down menus for things like locations and incidents," he says.

The app was designed to make it easier for a passenger to determine his or her location when reporting an incident or sending in a photo of a potential threat to security. The easy-to-use format not only encourages more people to use the app, it also helps passengers who are in distress report their concerns in real time, Genova says.

If they choose to, Transit Watch users can develop an app profile that identifies themselves when they report security concerns. Whether they choose to identify themselves or not, app users who report something receive an acknowledgement from agency authorities.

"One of the beautiful things about it is that it's designed to allow a person to quickly and relatively discreetly record a person [who may be committing a crime or causing a disturbance] and report it to us before the event is over," says Genova.

RTD counts more than 1,000 Transit Watch subscribers, and receives about three contacts per day via the app. The most common security concerns reported on RTD lines involve boisterous behavior by an individual or group.

The app also helps to enhance RTD's longtime "See Something, Say Something” program.

"In 2002, we had a hotline that people could call in to, and then later in a addition to the hotline, people could email or send a text," Genova says. "We think the new Transit Watch app is a huge improvement in accessibility for people, and for us to get accurate and timely information."

When a rider uses the app, it sends an alert to RTD's 24-hour security command center, where the agency recently installed a physical security information management system known as the "Situator" to automate command center functions. The Situator software allows the center to respond more quickly and effectively to video surveillance, calls, texts or contacts via Transit Watch.

In addition to technological solutions, RTD security hinges on personnel for protection from threats. The agency's police force is a hybrid of its own staff, — which includes a police chief, security command center personnel and six to eight certified "peace officers" — armed security officers under contract, and off-duty police officers from police departments in Denver, Lakewood and Aurora, Colo. The off-duty officers work in uniform and plain clothes, and respond to transit-related calls.

Moreover, RTD makes use of the DHS Visible Intermodal Protection and Response (VIPR) teams, which regularly patrol — sometimes with a canine team — trains and stations to increase a security presence. In the future, RTD officials hope to establish the agency's own canine team to increase the frequency of patrols with bomb-sniffing dogs, Genova says.

Having tight-knit connections with local law enforcement is critical for transit agencies to effectively manage security, Genova and Wiggins say. To that end, the San Diego Metropolitan Transit System (SDMTS) obtained a $1 million federal DHS grant in 2014 to set up a task force with police departments in San Diego and three other areas, as well as the sheriff's department in San Diego to provide a team of five officers that ride the agency’s trolleys and buses.

"They make arrests and do everything that police officers do, but on MTS property," says SDMTS Director of Security Manuel Guaderrama.

The task force has enhanced the agency's existing security force, which is staffed by Guaderrama, 35 code compliance inspectors with enforcement authority, and a contracted company that provides 175 security officers who man stations and ride trolleys and buses.

Even before the task force was in place, SDMTS had one of the safest transportation systems in the nation, in part because of its surveillance system of closed-circuit TV cameras installed on all trolleys and buses, as well as cameras installed at all stops, Guaderrama says. And security will be further tightened with the upcoming installation of a new Wi-Fi system, which will allow video taken on vehicles to be transmitted to security authorities within seconds.

However, the task force has helped improve security even more by reinforcing the SDMTS's existing technological and human resource measures, says Guaderrama. Since the six additional officers began riding the rail and bus lines, the number of public nuisance incidents and fare evasions has dropped.

"We get very positive feedback about the program from our patrons," he says. "In fact, some say they would like to see it expanded for the good of the community."

Looking ahead, transit agencies will continue to strive for the right mix of technology and personnel to effectively maintain the security of their passengers, employees and assets.

Increasing the physical presence of law enforcement is always good, but even that security measure has its limits, says RTD's Genova.

Which is where technology comes in: to maximize the level of surveillance where human eyesight leaves off. A case in point: RTD is piloting a new type of software that uses next-generation, real-time video analytics to locate and track a specific individual, sometimes in a matter of seconds. The software goes beyond what existing facial-recognition technology can do, says Genova.

"It's the type of software that, if I hadn’t seen it with my own eyes, I wouldn't have believed it," he says. "More technology [like this] is coming."