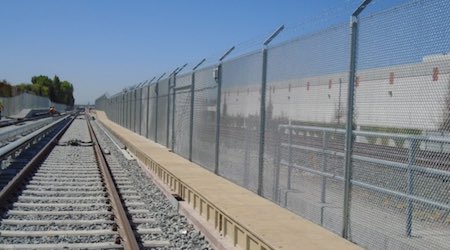 When Bay Area Rapid Transit's (BART) Berryessa Extension opens for passenger service in 2017, it'll be the first transit-rail line in the country with an intrusion detection system that incorporates both video surveillance and wayside fence tilt sensors, the project's managers believe.

The system, known by its acronym RIDS (railroad intrusion detection system), is designed to detect derailed freight trains, work vehicles or other "train-borne objects" that could end up in BART's right-of-way, says Jay Srinivasan, spokesman for engineering firm Lockwood, Andrews and Newnam Inc. (LAN), the design manager for the project.

If any of these intrusions occur, the system sends an alert to BART's train control systems to prevent a potential collision.

The Regional Transportation District of Denver has a similar installation that uses fence sensors only, but BART's two-pronged system is a first, LAN officials say. 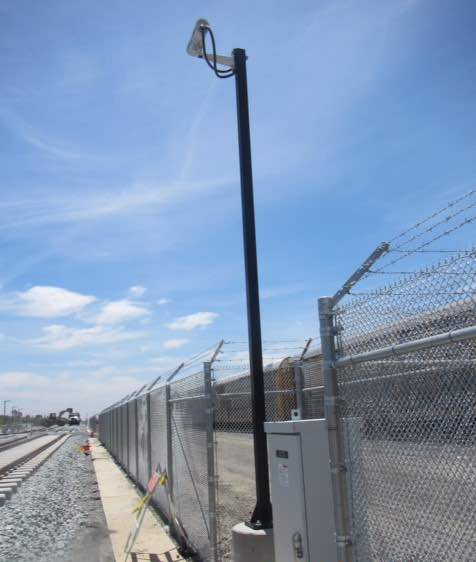 RIDS has been installed along a 5.2-mile stretch of the extension that runs parallel to Union Pacific Railroad tracks. That track segment extends from the start of the Berryessa Extension at BART's planned Warm Springs Station in Fremont, Calif., to a station in Milpitas, Calif.

The California Public Utilities Commission requires a means of separation between parallel freight and passenger tracks that are 65 feet or less apart. Often, the solution is to build a concrete wall between the two, but the Santa Clara Valley Transportation Authority (VTA) — which is overseeing construction of BART's extension — went with the combined fence and camera system instead. Why? Cost was a factor.

A crash wall could cost as much as $6 million, while installing the required hardware and software for RIDS cost about $500,000, Schmidt estimates.

The system's two components are designed to provide continuous monitoring of the tracks. For example, the wayside fence sensors are placed in such a way that any major object that encroaches on the BART right-of-way will send an alarm to the agency's automatic train-control system.

The sensors are capable of distinguishing between a "high-level event" — such as a work vehicle or derailed train on BART's tracks — and a "low-level event." The sensors do that by measuring the degree to which the fence posts have tilted at the point of intrusion.

If the sensors detect a high-level intrusion, they'll cause an oncoming BART train to stop. They'll also log minor intrusions caused by birds, debris or other smaller objects, but they won't cause trains to halt.

"We don't want to trigger any false alarms," adds VTA's Karim Aboud, system construction manager for the Berryessa Extension. "That could lead to sending crews for no reason."

Likewise, the video surveillance system can make the distinction between high- and low-level intrusions.

An intruding object must be larger than a two-foot cube to cause a high-level event, according to VTA. If that's the case, an alert is then sent to BART's train control systems.

In addition, the video system can discriminate between objects that have entered the right-of-way from the UP side and normal traffic such as passing BART trains. This means that BART trains can stop in view of the imaging cameras without triggering a high-level event.

HSQ Technology Inc. was tapped to provide the cameras, software and the backbone of RIDS.

"It was tested quite extensively prior to finalizing the design and installation," Aboud says.

VTA is slated to begin testing the entire Berryessa Extension late this year, with revenue service on the line scheduled to start in fall 2017. If the technology is successful,  it could be used for other transit projects in the country.

"It's definitely an option as more light rail goes up" across the U.S., adds LAN's Schmidt. 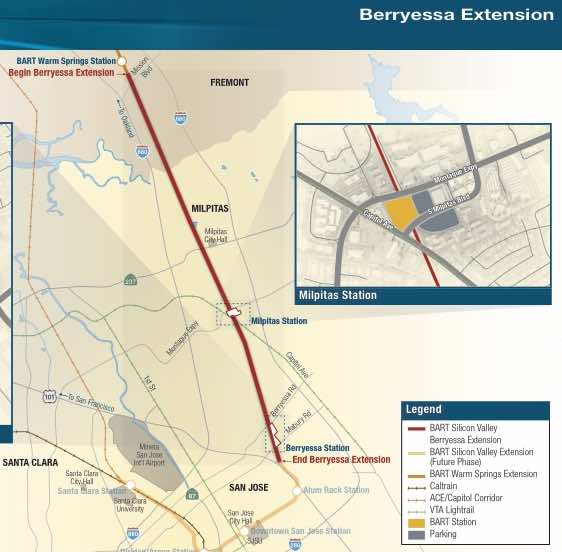