U.S. transit agencies are always on the lookout for new amenities or services that will help make passengers' daily commutes more convenient and comfortable — from free WiFi to bicycle-repair kiosks to coffee carts and food vendors. 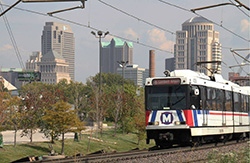 But in St. Louis, the parent company of Metro Transit is thinking along different lines: health care services. Bi-State Development's research arm is looking into the possibility of opening clinics that would offer services such as basic  medical care, dental checkups and eye exams.

Late last year, the Bi-State Development Research Institute received a $41,900 grant from the Missouri Foundation for Health to study the feasibility of opening health clinics at some MetroLink train stations. The locations likely would be in North St. Louis County to help address the "growing need for quality clinics" in certain areas in the St. Louis region, according to a Missouri Foundation press release.

"The lack of access and gaps in service have also led to a high level of hospital admissions for preventable conditions and higher costs for medical providers," Missouri Foundation for Health officials said in announcing the Bi-State grant.

The study is evaluating issues to consider as part of a business plan for establishing basic medical services at a MetroLink rail station or, perhaps, a Metro bus transfer site, says John Wagner, project manager for economic development at the Bi-State Development Research Institute.

"The business plan would address the issues that a hospital or health care facility would need to know if they wanted to do something like this," says Wagner, who is overseeing the study.

The research team is considering potential sites and whether services would entail a "bricks-and-mortar" facility or space for a mobile unit. Potential services offered could range from basic primary medical care, to dental care, to eye exams and pharmacy. Wagner anticipates the study will be wrapped up in May. 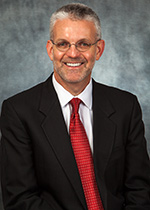 To be considered a potential clinic site, a station would need excess space available for development, and would be located in neighborhoods where residents depend on public transportation. Locations likely would be situated along the Red Line in North St. Louis County, according to Wagner.

Wagner envisions passengers using a clinic at a MetroLink station before or after work, or during their lunch hour — in other words, at times that are convenient for working adults.

"We want to locate the clinics closest to where the transit riders are going to be," he says.

Currently, only one MetroLink station is located next to a major health care provider in St. Louis: The Central West End Station is near the Washington University School of Medicine, St. Louis College of Pharmacy, St. Louis Children's Hospital and BJC Hospital.

"Central West End is the busiest station," Wagner says. "A lot of the hospital employees use it."

Lack of access to transportation is a common barrier to many low-income patients getting the care they need, says Rob Fruend, chief executive officer of the St. Louis Regional Health Commission, a nonprofit group of local and state health providers that work together to improve the health of uninsured and underinsured residents of St. Louis city and county.

The St. Louis region has several community health centers that serve patients regardless of their ability to pay. The problem is that for some patients — especially those who don't have a car — getting to those clinics can be a challenge.

“We have a pretty good transportation system in St. Louis, but it doesn’t go where everyone needs to go,” says Fruend. “Especially for low-income folks who rely on transit, sometimes it takes a long time to get from point A to point B.”

Locating a health clinic at a train station could be good for patients and passengers alike depending on who is selected to run the clinic, and whether that provider is electronically linked with the patients’ regular doctors, Fruend says.

"One of the things we [the health commission] think about is the concept of continuity of care," says Fruend, adding that the concept means patients have a "medical home" — or a regular primary care provider who knows and tracks the patients' medical histories.

"Hopefully people will not be getting their routine medical care from a train stop," says Fruend. "But if it's done in partnership with patients' medical homes, opening these clinics could be an excellent idea."

As far as Wagner can tell, Metro Transit would be the first transit agency in the nation to initiate the opening of a health clinic on rail-station property. Bi-State Development wouldn't be involved in operating the clinics. But as part of the study, Wagner intends to speak with local health care providers to gauge their interest.

"One way to look at this is that we're taking care of the business plan ahead of time so that a health care provider can look at our study and say, 'Why wouldn't we want to do this?' "