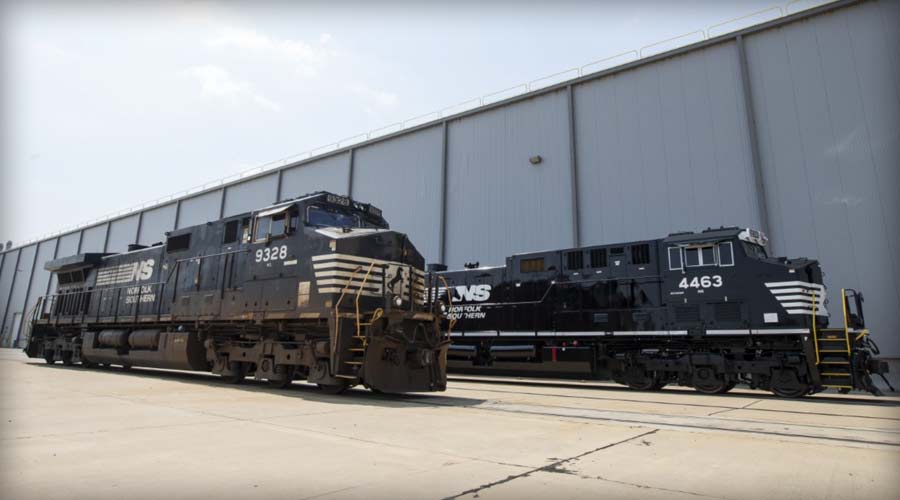 The deal is part of NS's efforts to improve fuel efficiency and reduce emissions, Wabtec officials said in a press release. The modernization of each locomotive alone will reduce carbon emissions by more than 500 tons per year. This is the third modernization order Wabtec will have fulfilled for NS since 2015, with more than 950 locomotives expected to be completed by 2025.

Wabtec will modernize D9-44CW locomotives that more than 20 years old into AC44C6M locomotives, which will add another 20 years of life to each locomotive. The units will feature the FDL Advantage engine upgrade and digital solutions including Trip Optimizer, SmartHPT and Distributed Power. Fuel efficiency will improve by as much as 25%, reliability by more than 40% and haulage ability by up to 55%, Wabtec officials said. Maintenance, repair and overhaul expenses will decrease by 20%, they added.

In addition, the effort will help NS achieve its science-based target of a 42% reduction in emissions intensity by 2034, he said.

To date, Wabtec has modernized more than 1,100 locomotives in the Western Hemisphere, altogether reducing carbon emissions by more than 1.4 million tons since 2015, the company estimates.