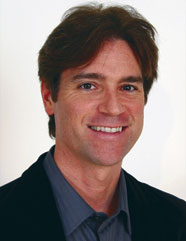 In no way is Norfolk Southern Railway the only Class I pursuing public-private partnerships (PPPs) these days with an intent that approaches a passion. To an extent, they’ve all been chirping about PPPs, if not all together singing the praises of these deals, as a way to bridge the network capacity funding gap. But the Thoroughbred, which has entered into a range of PPPs and interline joint ventures during the past couple of years, certainly has been one of the more active partnership players, as Managing Editor Jeff Stagl reports in this month’s cover story. As NS Chairman, President and Chief Executive Officer told Stagl: “[Partnerships] play into the way we view the world.”

Of course, these partnerships also play into the way the world — North America, in this context — views railroads.

As infrastructure planners and strategists attempt to pursue the most logical and/or practical path to help U.S. railroads come up with $135 billion over the next 30 years to address capacity constraints — a combination of investment tax credits and PPPs should close the estimated $40 billion gap, the rail lobby believes — local communities are concerned about the potential partnering costs. (“Who’s defining the “public” in “public benefits? And who’s quantifying those benefits?”) They’re worried about mounting highway congestion. Although some recognize the larger role that rail could/should play as freight volumes increase, they’re much more alarmed about where the infrastructure development might take place (i.e., the NIMBY thing, which is alive and well in an infrastructure context).

That’s nothing new, but the intensity of the concern in some parts of the country could put the onus on railroads and other transportation stakeholders to sharpen their community relations skills ASAP … even though relationship-building isn’t all that conducive to an “ASAP” time frame.

Constructive dialogue isn’t anywhere near as prevalent in transport circles as it ought to be, and if OTA can foster it, nurture it or somehow nudge it along even a smidgen during the months ahead, it’ll be a good thing. A little relationship-building by way of constructive dialogue could go a long way toward providing an opportunity for a stakeholder or two to change the way they view the world. And vice versa.

RailTrends 2008 will be held Sept. 30-Oct. 1 at the Affinia Manhattan in New York City. For an up-to-date agenda and/or to register online, visit www.railtrends.com.

The League of Railway Industry Women (LRIW) has named Farmrail System Inc. Controller Judy Petry as the recipient of the organization’s 2008 “Outstanding Woman of the Year Award.” Sponsored by Progressive Railroading, the award recognizes an individual’s dedication, commitment and contribution to the railroad industry.

Petry has served Farmrail as an accountant and controller for 21 years — and supported the short-line railroad industry itself for just as long. Industry peers note her boundless energy and work ethic; Petry’s Farmrail colleagues characterize her as a consummate team player and, so, a real leader.

“Her ability to grasp and analyze complex ‘big-picture’ issues affecting our industry has caused her to accept positions with the Railcar Management Inc. Users’ Group and ASLRRA’s Short Line Integration Team, board membership in [ASLRRA] and assignments with other committees,” said Farmrail Chief Executive Officer George Betke in a nomination form, noting that Petry also chaired ASLRRA’s 2008 annual meeting. “Just as she is always thinking in terms of what is good for the team, so is Judy able to advocate what can benefit short lines collectively.”

Petry will be honored during the LRIW’s 11th annual luncheon, which will be held Sept. 23 at the Chicago Hilton & Towers. See you there.