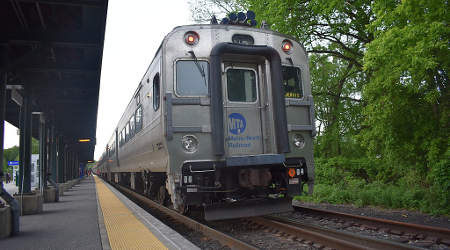 MTA Metro-North Railroad today will begin a round of infrastructure improvements on the Port Jervis Line.

Crews will perform structural repairs at the Moodna and Woodbury viaducts, as well as remove a defunct overhead bridge at Day Road in Campbell Hall, New York.

In addition, crews will work on a rock slope remediation project, which involves inspecting and reinforcing rock slopes adjacent to tracks between the Port Jervis and Harriman stations. Workers will ensure that the slopes are free of loose rocks and brush that could fall on tracks and cause delays.

Elsewhere on the line, crews will install ties, weld tracks and paint stations.

The improvements begin today and will continue until late fall, Metro-North officials said in a press release. As a result, substitute buses will provide service for weekday, off-peak trains between the Port Jervis and Harriman stations.