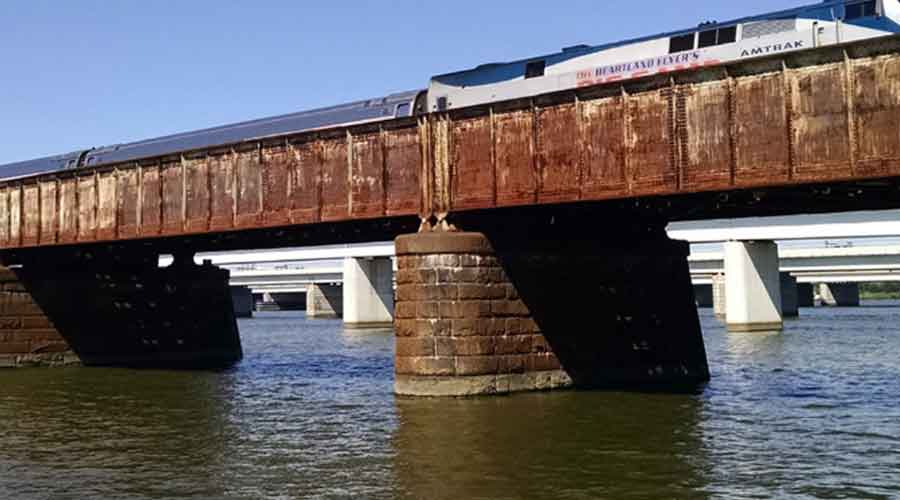 Owned and operated by CSX, Long Bridge is the only rail bridge connecting Virginia to the District of Columbia, and is one of the most significant passenger- and freight-rail choke points along the East Coast. Built in 1904, the two-track bridge is used by CSX and Norfolk Southern Railway — which retains trackage rights on the bridge and connecting CSX track — as well as Amtrak and Virginia Railway Express (VRE).

However, the bridge only functions at 98 percent capacity during peak traffic periods, preventing the District of Columbia, Virginia and Maryland from increasing passenger- and commuter-rail services. A new Virginia-owned, two-track bridge will be built across the Potomac River adjacent to the CSX freight bridge and will be dedicated to passenger-rail traffic.

With environmental work finished, the project can advance to the final engineering, design, financing and construction phases.

“A new bridge across the Potomac River represents a once-in-a-generation opportunity to make the rail system work better for everyone along the entire East Coast,” said Virginia Gov. Ralph Northam in a press release.

The new bridge will reduce congestion and improve fluidity for CSX. The additional freight-rail efficiency is expected to remove an additional 1 million trucks from Virginia and District roads each year.

“We appreciate the strong collaboration with the Commonwealth of Virginia, the District of Columbia, VRE, and Amtrak throughout the Long Bridge study process,” said CSX President and Chief Executive Officer James Foote. “CSX looks forward to continuing these positive partnerships as we work to improve both freight-and passenger-rail capacity and service in the region.”

“The construction of a new, expanded Long Bridge … will be a critical step in increasing passenger rail, protecting our environment and enhancing mobility,” said Amtrak Senior Executive Vice President and Chief Operating and Commercial Officer Stephen Gardner. “We look forward to continuing our work with Virginia and all stakeholders to move this important project forward and increase transportation options for the community.”

The $1.9 billion project now is eligible for additional federal financing opportunities. The new bridge accounts for a large chunk of the $3.7 billion Transforming Rail in Virginia initiative, which is financed through local, regional, state and federal sources, including a $944 million partnership with Amtrak.