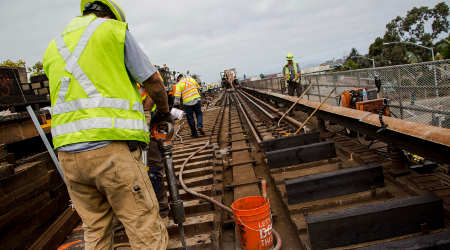 Crews will start rebuilding track between the Lake Merritt and Fruitvale stations in Oakland, Calif. The work will require several track closures over the coming weeks, BART officials said in a press release.

The agency typically performs track maintenance and repair during late-night hours when trains aren't running. However, the "scale of the needed repairs through this stretch of track is too great to accomplish in only a few hours, as it takes too much time to stage, deploy and brake down a work area," BART officials said.

BART will deploy extra staff at stations and put up signage to guide passengers during the closures.