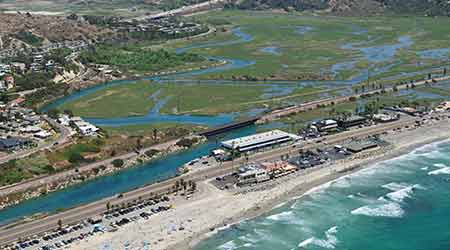 The San Diego Association of Governments (SANDAG) announced the completion of a double-track segment and quite zone-related grade crossing improvements in Cardiff-by-the-Sea, a coastal community located within the city of Encinitas, California.

The finished work marked milestones for the $79 million San Elijo Lagoon double-track project, a collaborative effort between SANDAG, the North County Transit District, California Department of Transportation and Federal Transit Administration to construct a second track between Encinitas and Solana Beach. To be completed in spring, the project will enable passenger and freight trains to operate more efficiently by eliminating the need for meeting or passing trains to take turns using a single track, SANDAG officials said in a press release.

The effort to upgrade 15 crossings between San Francisco and San Jose, California, began in June 2018 and was expected to conclude in March 2019, Caltrain officials said in a press release. The project included installing street medians and signage, improving sidewalks and painting work.

The project was partially funded by $1 million from the Federal Railroad Administration and $377,000 from the state.