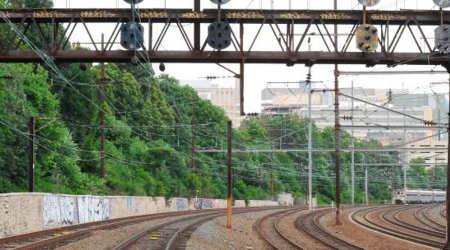 The Southeastern Pennsylvania Transportation Authority (SEPTA) this month continued a project to rebuild the mainline infrastructure on its Media/Elwyn commuter-rail line between Philadelphia's 30th Street Station and the Arsenal Interlocking beneath the University City Station.

That section of track also supports the Wilmington/Newark and Airport lines.

Along the Airport Line, crews will inspect track and bridges and perform debris removal and brush cutting. The updates will continue through Aug. 19, according to a SEPTA press release.

The overall project will continue through 2020.

"While SEPTA has a rigorous inspection and maintenance program, the last significant capital investment in this area was made by Conrail and Amtrak in the mid-1980s in advance of the opening of the Airport Line, and the infrastructure continues to age," SEPTA officials said on the project's website.

The Southwest Connection program is funded through Pennsylvania's Act 89, which provides capital funds for critical transportation infrastructure projects throughout the state.