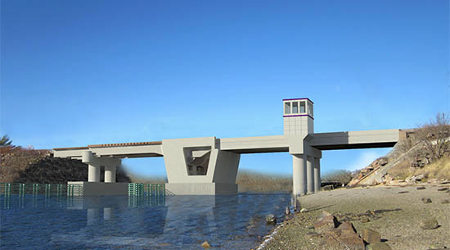 The Massachusetts Bay Transportation Authority (MBTA) later this month will halt service along a portion of its Newburyport/Rockport commuter-rail line to advance work on the Gloucester drawbridge replacement project.

From June 18 through Aug. 31, buses will replace four inbound and four outbound trains between the Rockport and West Gloucester stations.

The agency will complete the project in two phases: half of the bridge will be demolished while the other side remains open. When the first phase is completed, work will begin on the other side. The work will take four years to complete, MBTA officials said in a press release.

Originally built in 1911, the Gloucester Drawbridge was reconstructed in 1932, with additional retrofits performed in the 1980s. The bridge is used by Rockport Line trains to cross the Annisquam River in Gloucester, Massachusetts.

The new structure is expected to provide more resilient and reliable commuter-rail service, eliminate bridge-related speed restrictions and bring the bridge into a state of good repair, MBTA officials said. The update also will reduce maintenance costs and service impacts, and improve right-of-way access for boats, they added.