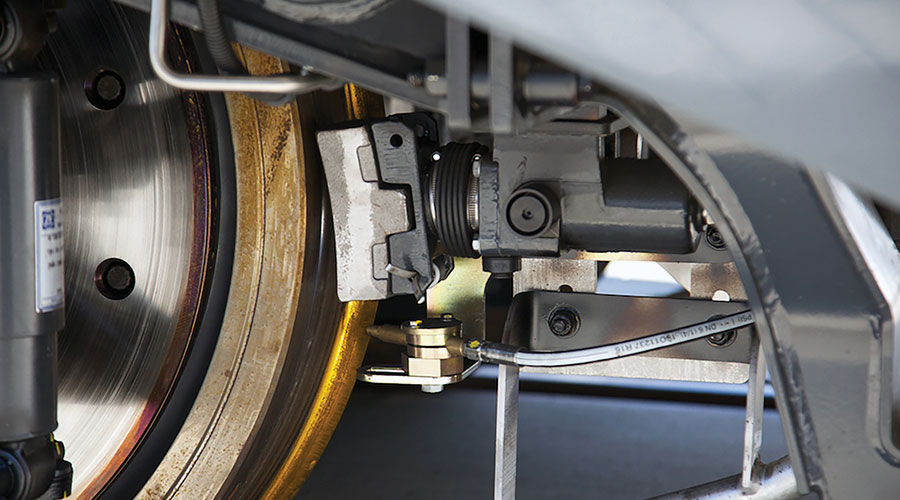 Rail-car wheel flanges and rail contact zones are subject to high forces when going through bends and around curves — leading to wear and noise if lubrication is insufficient.

Klüberrail ALE 92-2000, Klüberrail LEA 62-2000 (wheel flange), Klüberrail AE 62-21 and Klüberrail 12-141 (U.S. trackside) were developed as eco-compatible, fully synthetic specialty lubricants for wheel flanges and curves. Biodegradable according to OECD 301 F standards, the fluids consist of a synthetic base oil, a mixed thickener and a combination of selected solid lubricants, Klüber Lubrication officials said in an email.

Additives used in Klüberrail ALE 92-2000 and Klüberrail ALE 62-200 are formulated to ensure strong adhesion to the wheel flange, so the lubricant is not flung off, even at high speeds. They also are water resistant and do not typically wash off when it rains, company officials said. 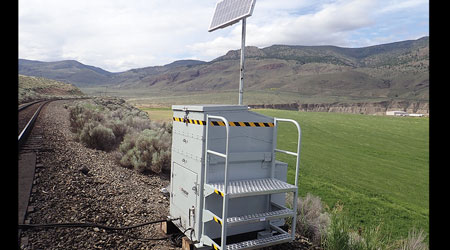 Within the past year, the company launched its next generation Remote Performance Monitoring (RPM) 2.0 platform to provide freight customers real-time insight into the performance of each of their trackside lubricators with a more user-friendly interface. The RPM 2.0 platform allows customers to continually analyze and compile telemetry taken from existing GPS-enabled trackside units to determine and track friction management program uptime, as well as update unit locations via GPS, company officials said. 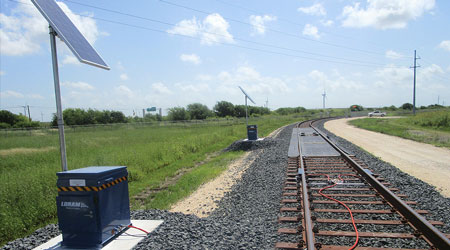 Adverse wheel and rail interaction pose one of the biggest threats to the life and performance of rail and rolling assets. Loram Technologies Inc. offers gauge face and top-of-rail (TOR) consumables in biodegradable, synthetic and water-based versions.

The company’s TOR friction modifiers are specifically designed for wayside applications, help reduce noise, extend rail and wheel life, and contribute to fuel savings, Loram officials said. TOR-XTend is a clean synthetic friction modifier with a low evaporation rate, uses less material per application than similar products and has a carry distance of over six miles in most applications, company officials said. TOR-H₂0X, meanwhile, has the benefits of both water-based and synthetic-based modifiers and is a non-cavitating material with a carry distance of four to six miles.

Loram’s 25-gallon solar- or AC-powered trackside tank is the company’s newest application system. Easy to maintain and install, it is designed for use in low-traffic areas such as switching yards and industrial spurs, and can handle lower tonnage Class Is and transit systems. 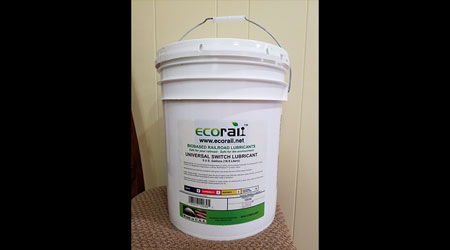 Manufactured in the United States from renewable crop-based oils with a lithium-based thickener, the ECORail lubricants are safe for rail employees, the public and the environment because they contain no heavy metals, chlorine or harsh odors, Railmark officials said. The lubricants have viscosity indices that are twice as high (over 200) as equivalent viscosity petroleum-based oils, providing more stable viscosity at different temperatures and a wider range of operation, they said.

Due to their polarity, biobased molecules bond and adhere to metal surfaces better than petroleum-based oils and greases, and they have a higher flash point than mineral greases to help increase safety, company officials said.

Industry-Railway Suppliers Inc. is the exclusive U.S. distributor of Slip Plate’s OEM-8 lubricant, company officials said in an email. Designed to provide superior friction control, the dry-film, graphite-based lubricant is environmentally safe and suited for switch plates/switch points, which handle some of the highest forces on track, and require frequent maintenance and smooth transitions.

The tough, graphite formulation of the OEM-8 creates a “slick, hydrophobic, non-stick surface” designed to extend switch life, company officials said. The graphite powders in the OEM-8 allow the lubricant to dry quickly without dripping, and aren’t affected by extreme cold or heat, they said. The lubricant also is available in an aerosol, making it convenient for use on switch arms.