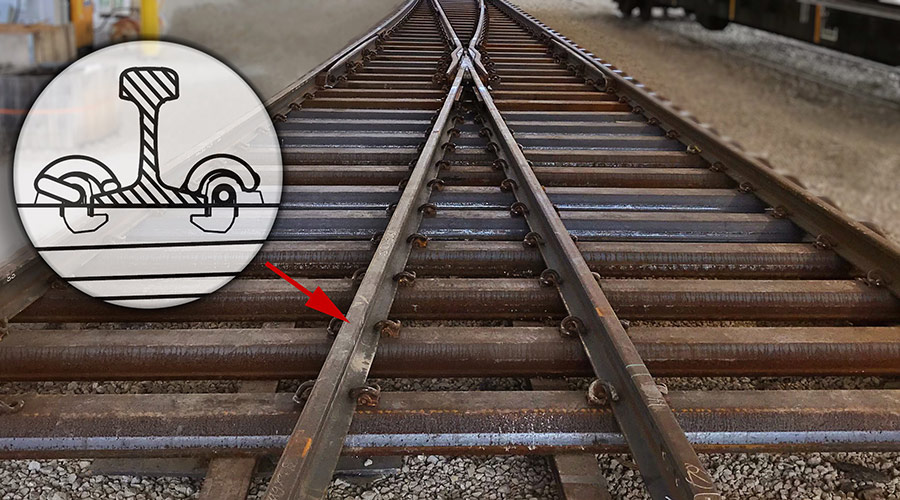 Freight and passenger railroads have much wider work windows these days to bolster infrastructure because of COVID-19. Although they are registering fewer carloads or riders during the pandemic, the railroads need more materials to complete a host of trackwork.

One of those in-demand supplies is fasteners. Railroads require effective rail fasteners and fastening systems to hold all track components together for a long time despite weather conditions, vibration and other operational factors.

Progressive Railroading reached out to a number of rail fastener suppliers to learn what measures they're taking or efforts they've implemented to provide stronger and longer-lasting products. Emailed responses from eight of them follow.

The railroad industry is continually improving various methods of construction to ensure that the most cost-effective measures are taken to yield the desired results. To that end, A&K Railroad Materials Inc. aims to provide a complete line of steel crossties and steel-tie fastening systems, as well as special trackwork, to help support those measures.

Steel-tie railroad construction has become increasingly popular thanks to ease of construction, reduced ballast requirements and lower total cost of ownership versus other tie products.

Specially designed E-clips are available to accommodate tight clearance requirements, such as around bonded insulated joints or jointed track.

Over the past year, CPT has placed great emphasis on developing a rubber-bonded U-69 Check Rail plate for a major North American transit agency. 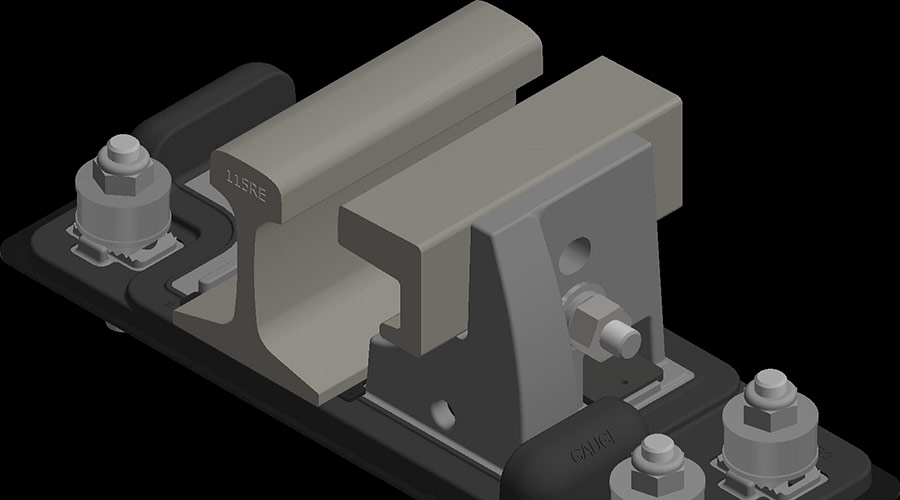 Meanwhile, Delkor — drawing on more than 30 years of experience in developing DFFs — will work with CPT/Delkor to continue fashioning a line of "drop-in" replacements for many of the legacy DFFs used by transit agencies throughout the United States, CPT officials said.

The low-profile feature is ideal for replacement of legacy fasteners and for addressing structure height, company officials said.

The dual-stiffness EGGs accommodate the passage of heavier axle-load mixed traffic on the same DFF.

Lewis Bolt & Nut Co. recently designed, developed and began manufacturing the new G2 Evergrip Screw Spike, which offers a significant increase in fatigue resistance and tie-grabbing barbs designed to prevent back out. The new-and-improved design means the fins are lower in the screw, increasing the screw spike's strength in its most critical area — a couple inches into the shank below the head of the screw spike, Lewis Bolt & Nut officials said. 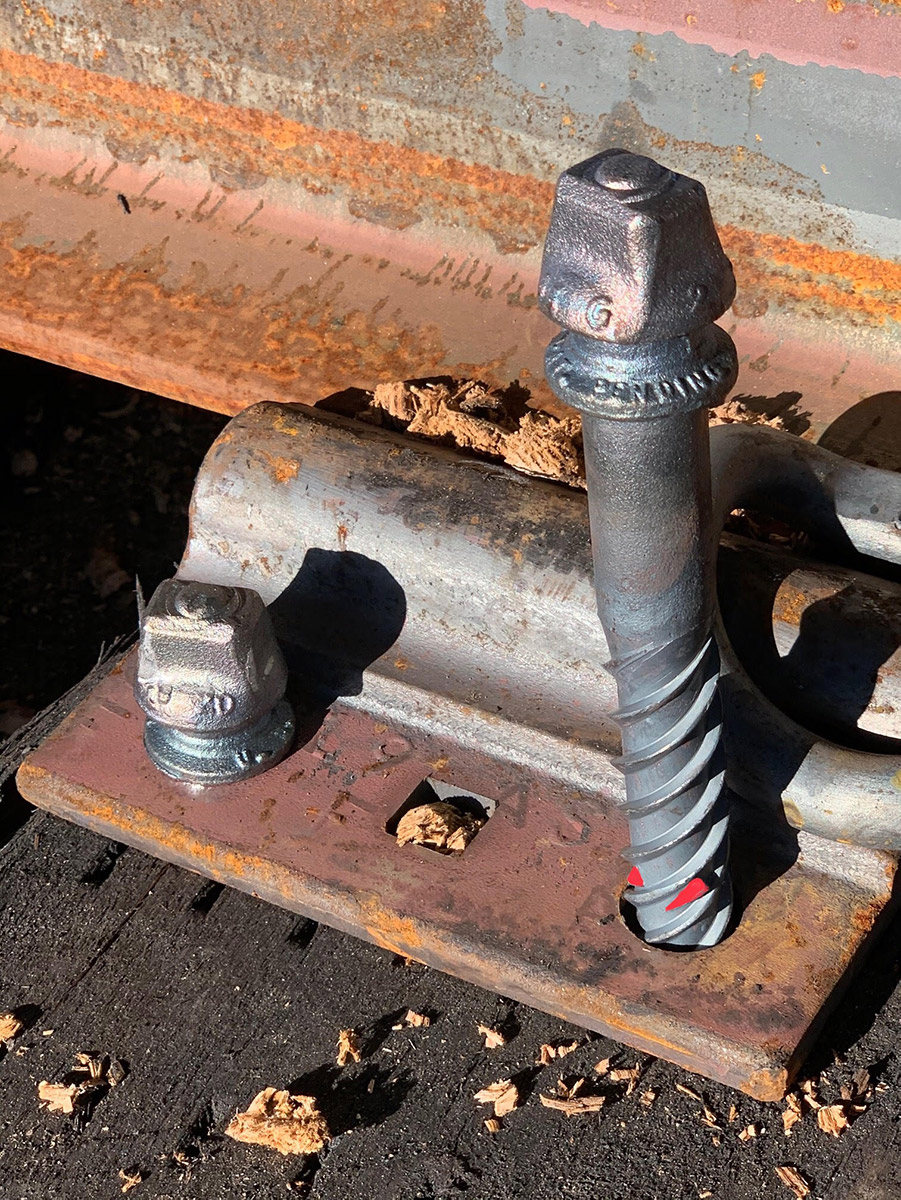 The company also has added a new manufacturing facility in La Junta, Colorado, to increase production capacity. Lewis Bolt & Nut is continually seeking ways to improve the manufacturing process by way of automation to make it safer and more efficient, company officials said.

Specializing in development and commercialization of vulcanized rubber-bonded DFFs, L.B. Foster has focused on advancing specialized product and technology solutions to meet specific customer requirements, company officials said. For example, noise and vibration mitigation has been a constant area of concern for customers. Over the past year, L.B. Foster has successfully completed qualification testing for a high-resilient, direct-fixation suite of fasteners for use in special trackwork areas, which offer enhanced noise and vibration mitigation. The effort results in dampened noise levels in residential and commercial areas, and a more comfortable ride for passengers, company officials said.

Its Bonded DFF ADH system is tailored for plain line and turnout applications to combat corrugation and vibration problems caused by major dynamic forces generated from passing trains. The system is suitable for use on slab tracks, concrete ties, steel bridges, and ballasted tracks and turnouts. 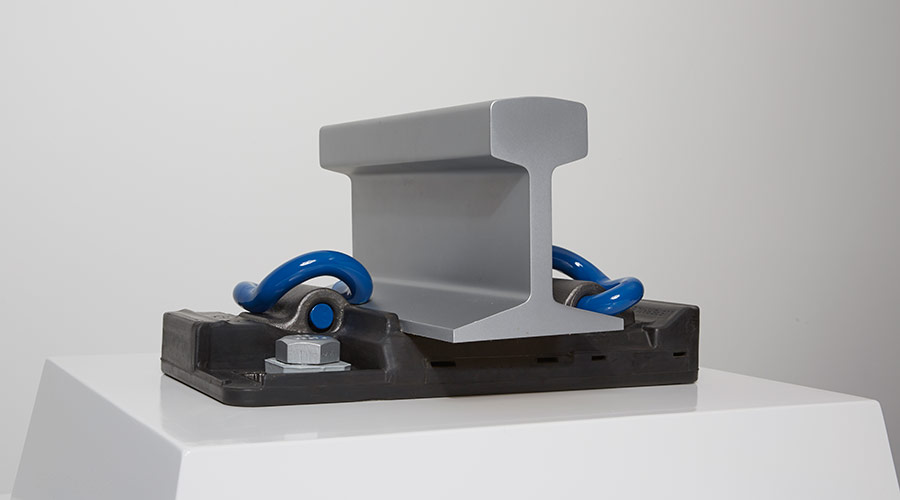 The Bonded DFF ADH system can be used in plain line and turnout applications to address corrugation and vibration problems.
Pandrol North America

It's available in two system variations: a standard model for plain line tracks and customized models for turnout applications. The DFF ADH system can be constructed by either the top-down or bottom-up construction methods, and it is adaptable to all types of slab, Pandrol officials said.

Vibration isolation can be provided in a range of stiffness, and the bonded resilience provides longitudinal, vertical and lateral stiffness. The system is adjustable laterally and vertically, as well.

The one-piece bonded system comprises a top and bottom plate factory assembled by bonding vulcanized rubber, which provides high levels of electrical resistance, a long electrical leakage path and the lateral resilience to minimize corrugation propagation. The complete factory-assembled baseplate in the DFF ADH system provides the opportunity to attach the system directly to a bridge superstructure or to a timber, concrete or steel bearer, and provide a high level of adjustment, Pandrol officials said.

In 2020, Progress Rail developed the Direct Fixation (DF) Block, which has a patent pending. Instead of providing the direct-fixation assembly, which is the rubber-molded assembly that sits on a slab or plinth, the DF fastener is delivered attached to a reinforced, precast block. The anchor bolts are torqued to recommended levels so contractors do not have to handle bolts, inserts, washers or adjustment plates, Progress Rail officials said. 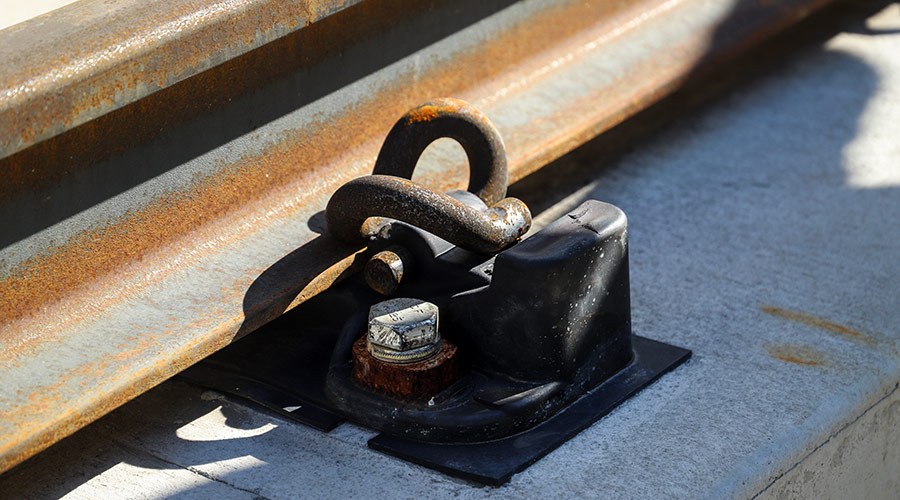 The DF Block's installation not only eliminates the need for coring rebar stirrups into the invert, it also does away with placing rebar and forms to create plinths, and conducting a post-concrete pour lift to fix voids created by air or water trapped under the units, they said. The associated benefits in omitting previously required multiple steps in material handling and labor are substantially reduced construction time and enhanced safety.

The DF Block — which also allows for routine vertical and lateral adjustment — has been favorably received by transit authorities, contractors and consultants, Progress Rail officials said.

This year, voestalpine Railway Systems Nortrak has continued to expand its lineup of rail fixation systems for freight customers by introducing the new NT2060 Safelok I-style long-reach clip It is fully interchangeable with all existing Safelok I concrete-tie shoulders, tie plates and maintenance equipment. The clip has an extended reach onto the rail base for added clamping force and improved fatigue life, Nortrak officials said.

The company also offers a complete range of insulators and rail pads for Safelok I, E-clip and Nabla systems manufactured at its Decatur, Illinois, facility.

For passenger-rail customers, Nortrak has introduced a broad range of bonded and nonbonded direct-fixation fasteners (DFF), including standard, medium and high-attenuation versions for special trackwork applications to reduce the impacts of ground-borne noise and vibration. 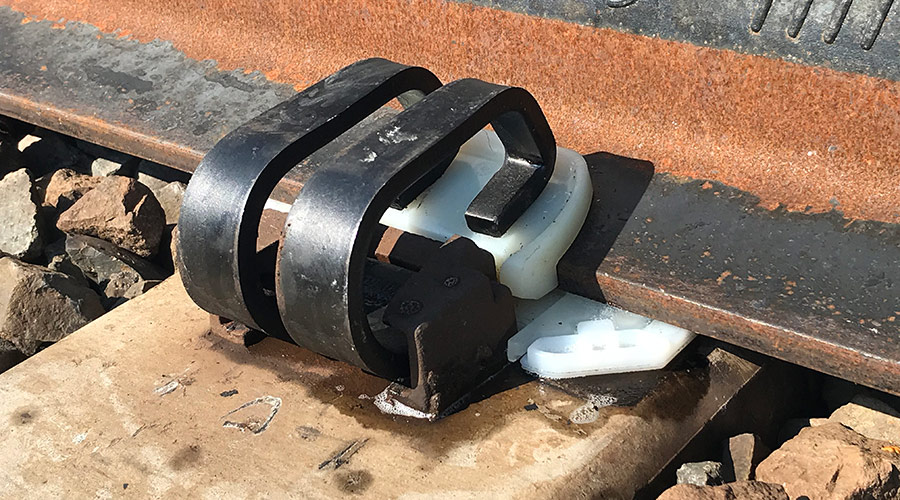 Vossloh North America has introduced Vossloh Fastening Systems to the North American market with the continued adoption of its captive elastic fastener among transit agencies. The company used lessons learned from meeting Class Is' rail fastening needs to provide advantages for the transit market.

All of the company's fastening systems are delivered to a work site preassembled and require minimal labor to complete installation after the rail is delivered, they said. Simple mechanical installation is performed in a consistent and controlled manner, eliminating the need for large crews.

Vossloh also recently built a production facility in Waco, Texas, to bolster its presence in the North American market with a state-of-the-art robotic production line. Overall, on-time delivery has not been an issue this year, company officials said.