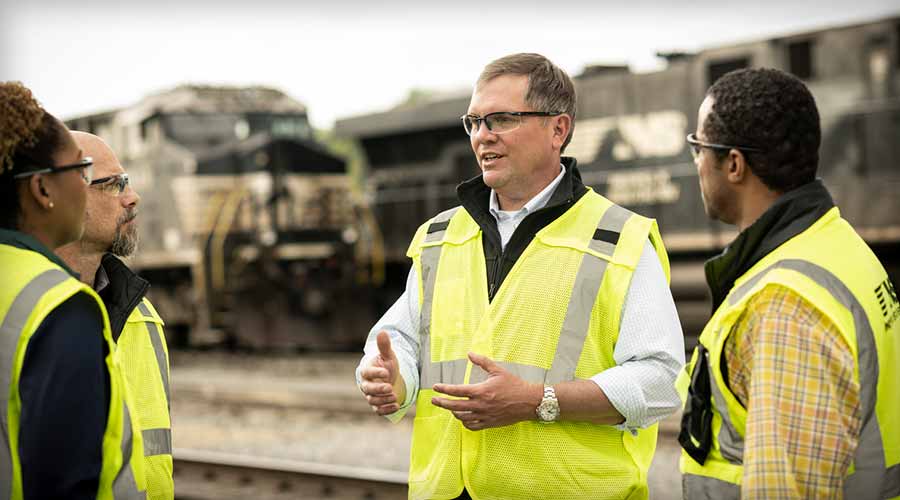 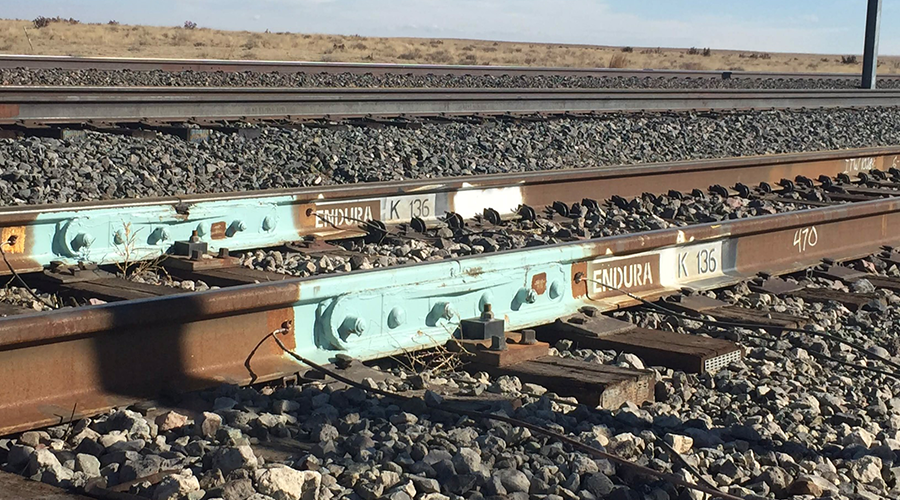 Progressive Railroading last month reached out to a sampling of suppliers of special trackwork to share information on some of their newest products and systems — from partial flange bearing turnouts and crossings to insulated rail joints and more. Emailed responses from six suppliers follow. 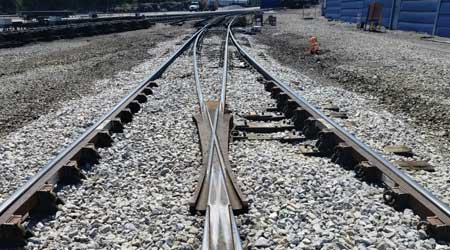 PFB turnouts — which have been installed and are performing well in heavy-haul applications — also extend life cycle, and promote roadbed stability and vertical load reduction at the point of frog, extending benefits to below the tie, he said.

The PFB footprint was designed to match RBM frogs for a “plug and play” option. Class I, regional, industrial and short-line railroads “can benefit greatly from this new implementation as precision scheduled railroading continues to be utilized,” McDonald said. 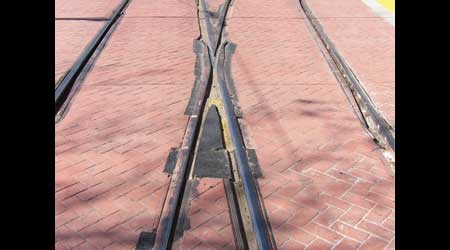 Iron Horse Engineering Co. designs and produces rail material products for the support and isolation of special trackwork in embedded track. The company specializes in direct-fixation track solutions for industrial track, maintenance facilities and yards and the transit industry.

The company also works with special trackwork manufacturers to produce steel and composite leveling and gauge ties within special track to support the turnout prior to concrete embedment. The company designs a custom system for the complete turnout, crossing, diamond, expansion joint and other special track systems.

One of the first railroad construction products Iron Horse offered was the Gauge Support Fixtures (GSF) or Jigs for “top-down” construction of direct-fixation and embedded track. GSFs support the rail from above, holding gauge and alignment prior to pouring concrete, “significantly reducing installation times,” company officials said. 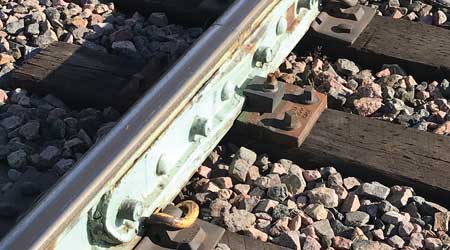 The ceramic end post is a key structural element that provides an effective method to spread load over the joint bars and epoxy insulation layer, L.B. Foster officials said.

“Class Is have embraced this design as they focus on maintenance projects versus new construction, given the current operating environment,” officials said.

Other recent product introductions include the GEN2 forged steel IJ plate with a polyurethane coated rail seat. A high-performance plate that permits center supporting of the IJ on a railroad tie, the plate enables railroads to “see enhanced life and reduced maintenance of their IJs and track structure,” company officials said. The plate’s design incorporates rotatable rail clips suitable for use on multiple joint bar configurations, and is available for a variety of rail seat widths and canted or non-canted configurations. 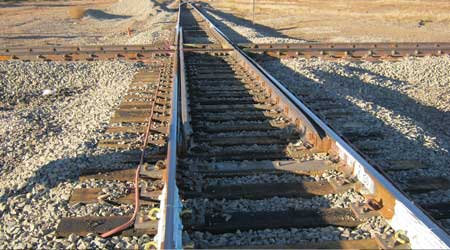 Progress Rail offers an array of special trackwork products. The company delivers a full infrastructure product line to Class Is, transit agencies, regional and short-lines, and also serves contractors and the industrial market. The company recently acquired Cleveland Track Material, increasing its capacity and product offerings to include bridge joints.

“When properly maintained, these crossings have proven to reduce vertical alignment issues and component failures,” company officials said. The design of Progress Rail’s one way, low speed crossing “ensures a competitive option with a typically a shorter lead time,” they added.

Progress Rail recently built a full flange bearing double crossover for direct-fixation track, as well as an embedded turnout for the transit industry. “We continually work to reduce joints and impacts in special trackwork and evaluate component life” to address noise and vibration in the transit market, company officials said.

“Our team recently designed and built a derail switch based on our vertical switch design,” they said. “By eliminating the traditional vertical interface between the wheel and switch point, the vertical switch and derail reduces maintenance and component replacement.” 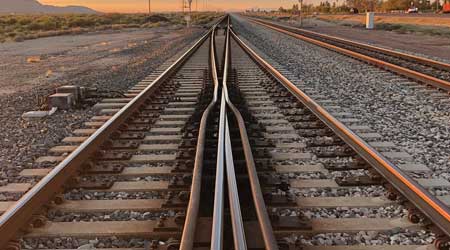 In the past, Nortrak was known primarily as a turnout manufacturer, but the company now has a North American engineering team with “over 400 years of design experience in all aspects of railway systems,” including special trackwork, concrete, plastics, fastening systems, rail and signaling experts, said Chief Executive Officer Dave Millard.

“With a multidisciplinary approach to solving customer problems, we are capable of treating different track infrastructure components as a system, and can deliver a complete railway systems solution.” he added.

One example of the company’s new approach relates to the installation of pre-assembled turnout panels on concrete ties. Although a small part of the overall system, the rail brace plays a critical role in the installation process, Millard said.

Braces that aren’t designed to withstand installation forces of up to five times normal service loads can lead to the stock rail rolling out of the seat, and the corresponding ties to disengage from the stock rails. The resulting delays can overrun work blocks, delay trains and present a safety hazard to nearby employees. Enter the company’s ClickTite™ rail brace, which is designed to provide the clamping force needed to overcome this issue, Millard said. Two Class Is recently began using the brace, he said.