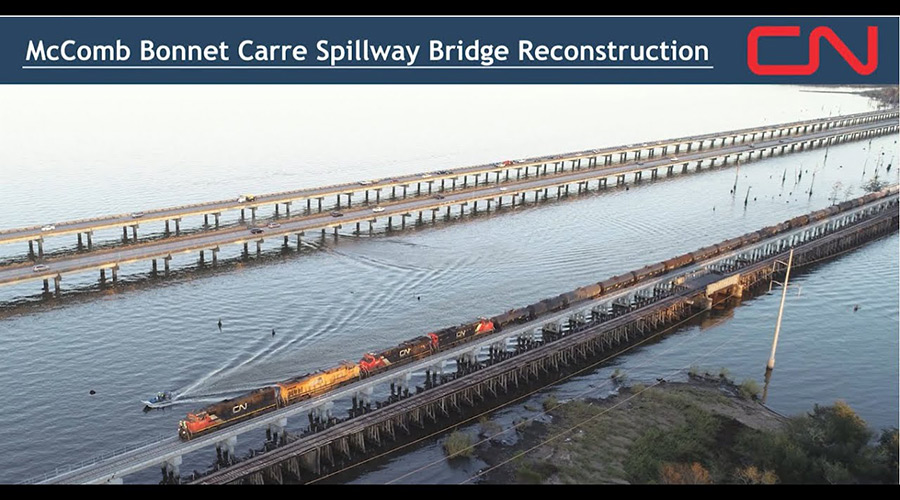 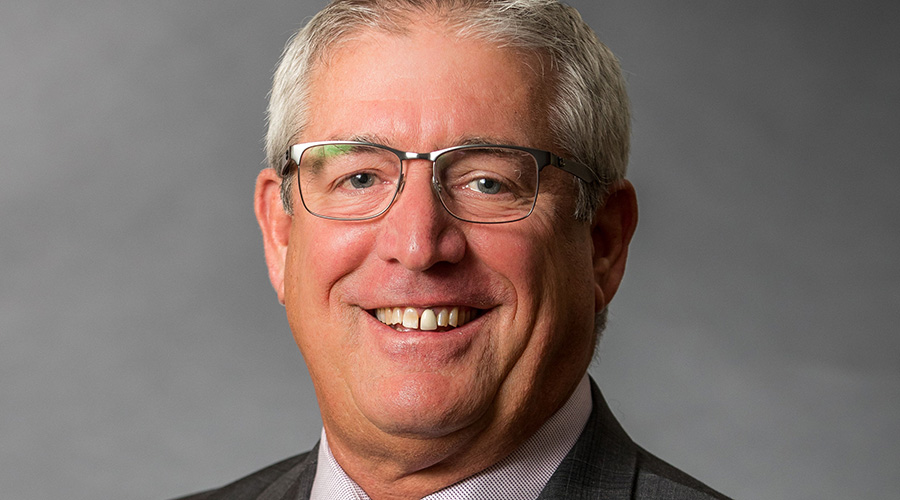 One of the highlights of the NRC’s 43rd annual Conference in Phoenix — held Jan. 5-8 — came when the NRC inducted railway industry leaders into its Hall of Fame. This year’s class honors three men with different roles who took vastly different routes to make their mark on railway construction.

Stan Herzog dedicated his 50-year career to advancing the railroad industry and the Herzog organization he served. Stan was Herzog’s first employee — hired in 1969 at age 19 by his father and Herzog founder Bill Herzog. Together they grew Herzog from a regional asphalt company into a North American construction and maintenance services leader. Over the 26 years that Stan led Herzog until his passing in 2019, company revenue grew eightfold.

Stan was a market-disrupting entrepreneur who was always asking, “What can we do next?” An astute businessman, Stan listened and asked questions — then acted to improve and do things not just right, but better. His vision and approach helped to position Herzog out front in passenger rail operations and maintenance services, positive train control and maintenance-of-way technology. An NRC founder, Stan encouraged participation in the NRC and in other railway associations.

Mike Choat covered a lot of miles during his 45-year career. A consequential leader, Mike drove dramatic change in his service at a Class I and a signal services contractor; as president and a director of Railway Systems Suppliers Inc., and as chairman and a director of the NRC.

Mike started with CSX out of college, beginning on a signal and communications gang and working his way up to chief engineer. After 30 years with the Class I, Mike joined Railroad Controls Ltd. and then Wabtec, where he led the way to significant growth.

Mike served on the NRC board and as board chairman, where he championed modernizing the NRC’s financial and operating practices; initiating a long-range planning process; and transitioning to a new management company, new logo and website.

Chuck is a dynamic force and trusted authority in advocating on behalf of the railway industry. Through his work leading two pivotal railway associations — first the NRC and now the American Short Line and Regional Railroad Association (ASLRRA) — Chuck has made and leveraged connections that have advanced interests across the railway industry. 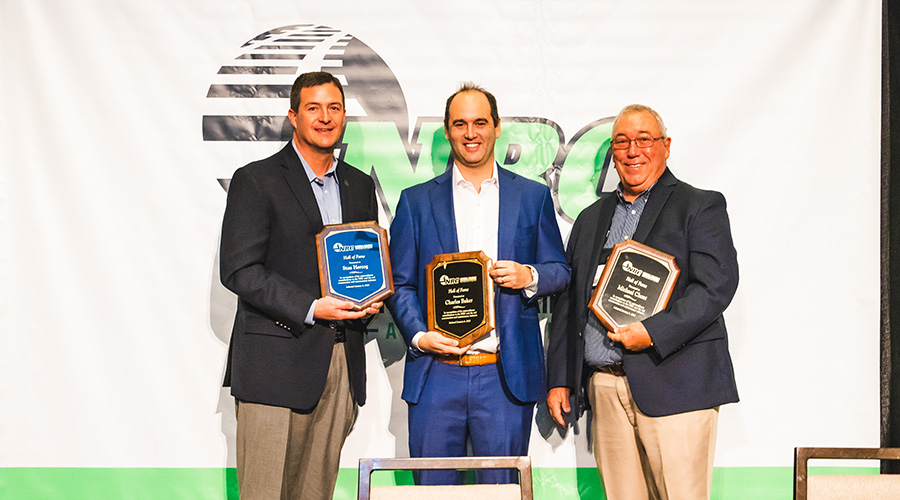 Chuck began his work for the NRC in 2003 as director of operations. He learned the ins and outs of association management and worked his way up to president. Under Chuck’s leadership, the NRC enhanced its financial standing and expanded its membership, scope of services and influence. The association also grew in stature on Capitol Hill, taking an active role promoting investment in passenger rail and the new TIGER grant program, as well as extending the Short Line 45G tax credit. And his work continues as president of the ASLRRA.

As these influential leaders were inducted into the Hall of Fame at the conference, I realized I was sitting among future Hall of Famers. These 1,000-plus professionals — with diverse backgrounds and roles — continue to advance railway construction and maintenance. Not just for our members, but for the entire industry.

“Building a Safer and Stronger Railway Construction Industry Together!”