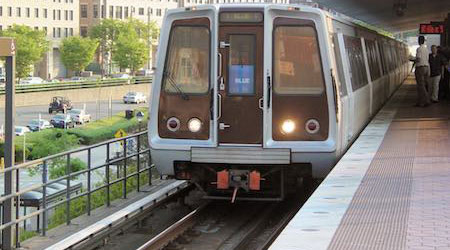 The agency determined that the system could experience an "undetectable failure" leading to improper speed commands given to train operators, according to a WMATA press release.

The ATC system is designed to keep trains properly spaced by displaying "speed commands" on a control panel in the operator's cab. When operating in manual mode, the operator responds to the speed commands, which indicate the train's maximum authorized speed.

The rail cars' manufacturer AnsaldoBreda — which now is owned by Hitachi Rail — recommends annual testing as a way to mitigate the risk of a false indication. But such testing currently isn't done at WMATA, agency officials said.

The decision to pull the cars from service was taken "in an abundance of caution," said WMATA General Manager and Chief Executive Officer Paul Wiedefeld.

"While we believe that the risk is small, it is a risk I am unwilling to take," Wiedefeld said.

The agency may consider "bellying" the 4000-series cars in the center of trains since the ATC issue only occurs when the units are in the lead position.

There are 41 pairs of 4000-series cars in active service. The units are the "smallest and least reliable" of WMATA's six legacy fleets, agency officials said.

WMATA already was considering retiring all of the 4000-series units by the end of 2017; the agency may further accelerate retirement in light of the newly identified issue.