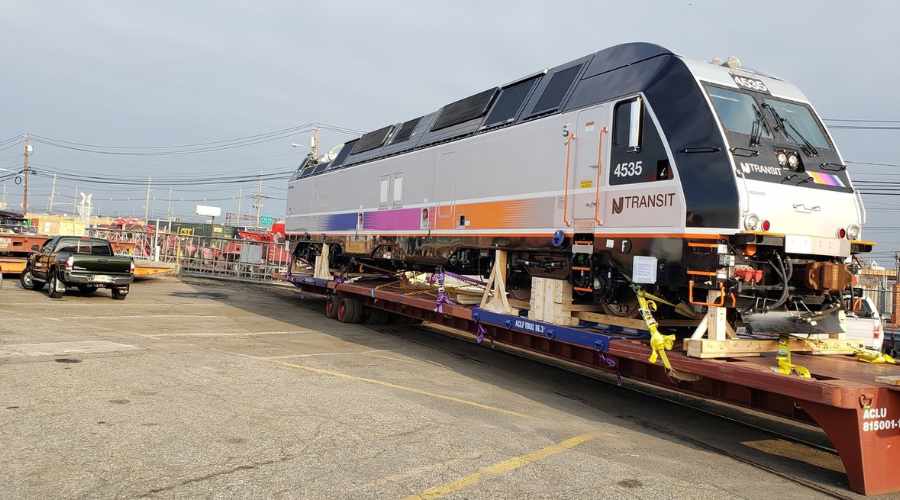 Gov. Phil Murphy and New Jersey Transit officials yesterday marked the beginning of testing on the first of 25 new ALP-45 dual-power locomotives during a recent ceremony at Newark Penn Station.

“This locomotive is the first of 25 that will reinvigorate the NJ Transit fleet with new, environmentally friendly equipment," Murphy said in a press release.

The locomotives will undergo dynamic qualification and acceptance testing for about six weeks, at which time they will be prepared to enter revenue service.

The ALP-45 locomotives are designed to operate push-pull passenger train service on both electrified and non-electrified lines at speeds up to 125 mph in electric mode and up to 100 mph in diesel mode.