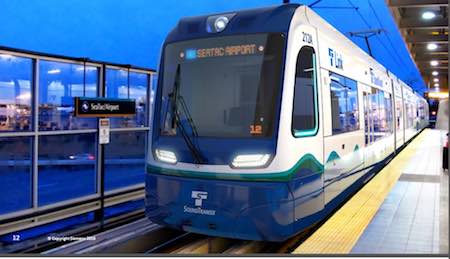 The new units feature more passenger room and are aimed at addressing the agency's expanding rail network and increasing ridership, Sound Transit officials said in a press release. Capacity will be determined when the interior designs are finalized. 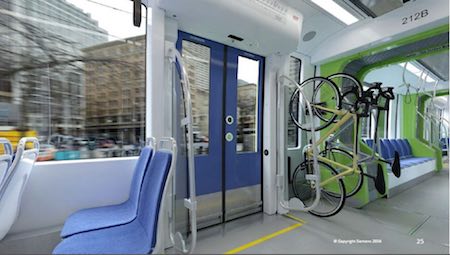 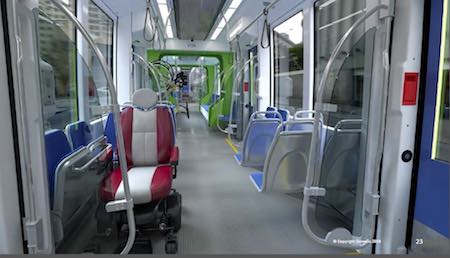 "Sound Transit needs to nearly triple the size of its current fleet as it expands the light rail network to the north, east and south over the next seven years, adding more than 30 miles of voter-approved extensions," agency officials said.

The new vehicles also will have more room for luggage to be stowed beneath seats and hooks to hang four bikes per vehicle. Existing trains have hooks for two bikes per car. The new fleet will begin arriving in 2019 for testing ahead of the light-rail extension from University of Washington to Northgate, which is slated to open in 2021.

The new vehicles are part of the Sound Transit 2 expansion plan, which voters approved in 2008.

Light-rail ridership has soared since Sound Transit in March opened two new stations on Seattle's Capitol Hill and at the University of Washington. The agency's Link light-rail system logged 63,577 weekday riders in second-quarter 2016, marking a 76 percent increase over the same period last year.