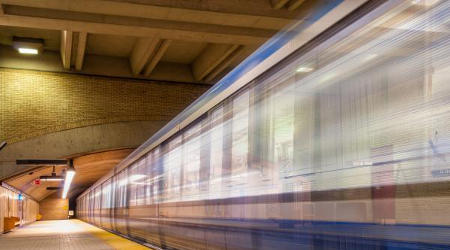 The Quebec government has pledged CA$330 million to build an underground garage for trains at the Cote-Vertu Station on the Societe de transport de Montreal's (STM) subway network.

STM will cover the remaining costs of the nearly CA$440 million project. The garage will be able to house 10 additional trains.

"This significant investment by the Government of Quebec will also enable us to raise our offer of service by 25 percent on the Orange Line, support the expected growth in ridership in coming years, and ensure that the offer of service keeps pace with the Blue Line extension," said STM Chairman Philippe Schnobb.

In summer 2018, STM will temporarily close the Cote-Vertu station for 11 weeks due to the garage construction.