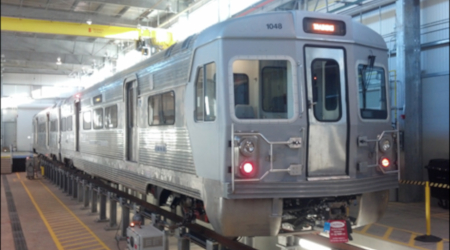 The Port Authority Transit Corp. (PATCO) yesterday marked the completion of its $194 million rail-car overhaul project by placing the last pair of refurbished trains into service.

As part of the project, Alstom Transport upgraded 120 PATCO rail cars in total.

The updates were so extensive that only the stainless-steel shells and the traction motors were retained, they said.

The project was the largest rolling stock capital expenditure since PATCO’s inception in 1969 and one of the largest capital improvement projects in the Delaware River Port Authority history, they said.