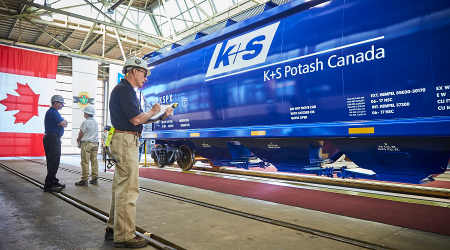 Beginning in August, KSPC will accept delivery of 200 cars, and more will be added over the next several years.

The new cars will be used to transport potash from the company's Bethune mine in Saskatchewan to North American customers, company officials said in a press release.

"We have seen enormous interest in potash from KSPC's Bethune mine, both from new and existing customers," said Martin Brown, president of K+S North America. "We are ready to deliver from a rail provider, rail car, warehouse and customer perspective."