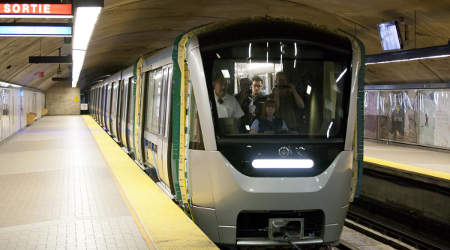 The Societe de transport de Montreal (STM) has put into service two of its Azur subway trains on the Green Line.

The trains will be available on the line at different times of the day based on operational needs, STM officials said in a press release. The agency is continuing to gradually integrate Azur trains onto the Green Line after testing them over the summer.

To date, the STM has received 29 of the 52 Azur trains it ordered from Bombardier/Alstom, the Montreal Gazette reported. All the new trains are slated to be delivered by 2018's end.

The agency has begun using some Azur trains on the Orange Line.