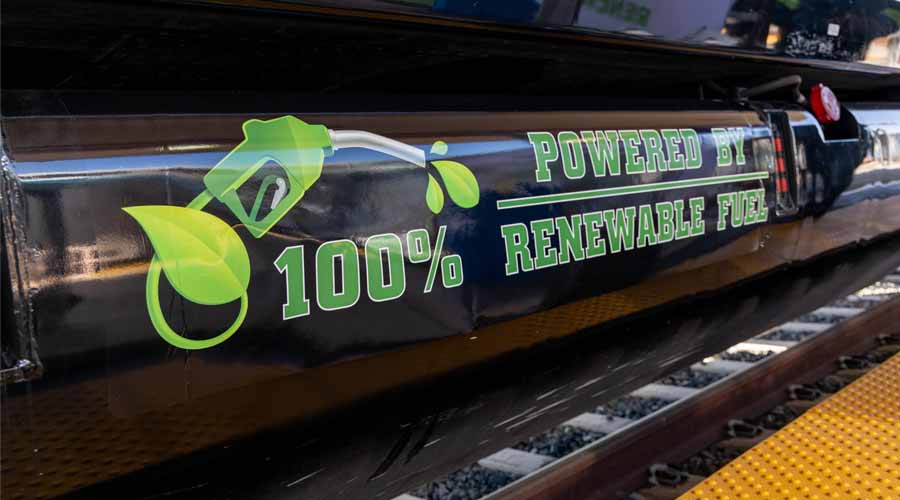 Metrolink in Southern California has become the first U.S. passenger-rail agency to be powered entirely by renewable fuel.

The agency switched all of its locomotives to operate on cleaner burning alternatives such as natural fats and vegetable oils, Metrolink officials announced yesterday in a press release. The agency began using renewable fuels in locomotives in February in pursuit of zero-emissions technologies.

Metrolink launched a pilot program in early 2021 to switch locomotives to recycled, renewable fuels that do not contain petroleum fossil fuels. The program will help reduce the emissions of harmful pollutants in the environment, namely greenhouse gases. Carbon dioxide emissions will reduce by 80%, agency officials said.

"Metrolink is committed to protecting the environment, embracing social responsibility and creating economic vitality for our region," CEO Darren Kettle said. "Our board-approved Climate Action Plan paved the way to this moment, and it is the first step toward our zero-emissions future."