MARTA to sign contract for new rail cars in 2018 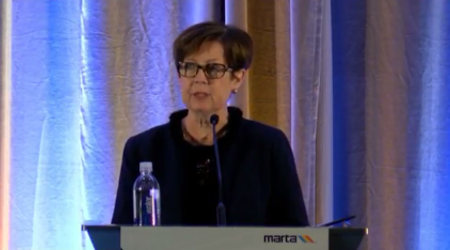 In the 2018 "State of MARTA" address, Interim General Manager and Chief Executive Officer Elizabeth O'Neill said the agency is scheduled to award the nearly $1 billion contract sometime this year.

Although O'Neill didn't specify a date, radio station WABE reported that the contract is expected to be awarded within the first six months of the year. The new rail cars will feature better air conditioning and heating, as well as a more comfortable design for riders, according to the station.

"As our region gains more than 100,000 residents per year, we cannot simply pave our way out of traffic," Ashe said during his State of MARTA remarks.