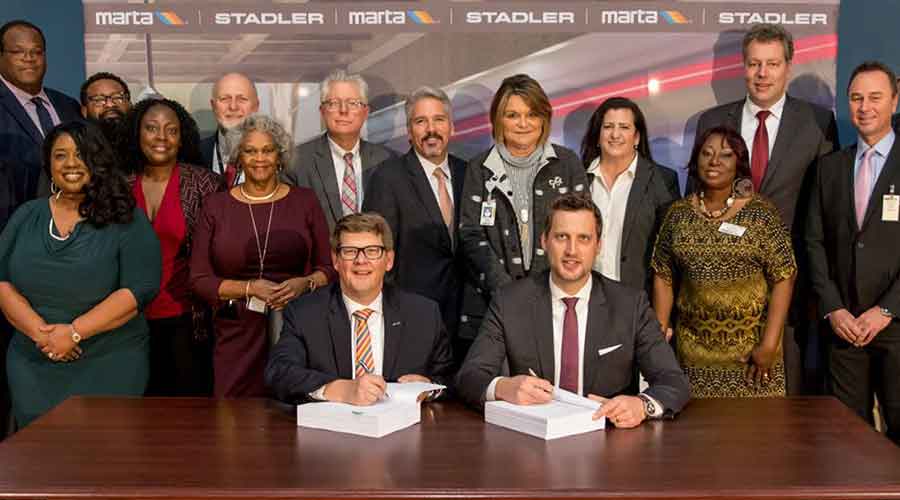 The Metropolitan Atlanta Rapid Transit Authority's (MARTA) board yesterday approved a $646 million agreement with Stadler Rail for the purchase of 254 new rail cars, with an option for another 100 cars.

The procurement is the single largest for either organization, and represents a milestone in MARTA's capital improvement program aimed at more efficient performance and improved rider experience, agency officials said in a press release.

“About 65 percent of our delays are due to rail car reliability, and with rail transit being the cornerstone of our business, we aim to change that," Parker said.

"This contract makes it clear that large U.S. railway operators are future-oriented and highly interested in efficient, comfortable and reliable vehicles for their riders. Stadler is here to provide exactly that,” said Martin Ritter, president and CEO of Stadler U.S.

Stadler is a Switzerland-based manufacturer with U.S. operations in Salt Lake City.

In addition, MARTA plans to seek passengers' input to customize the cars' design.

The rail cars are scheduled to be delivered between 2023 and 2028, with the delivery of a pilot car in 2022, MARTA officials said.