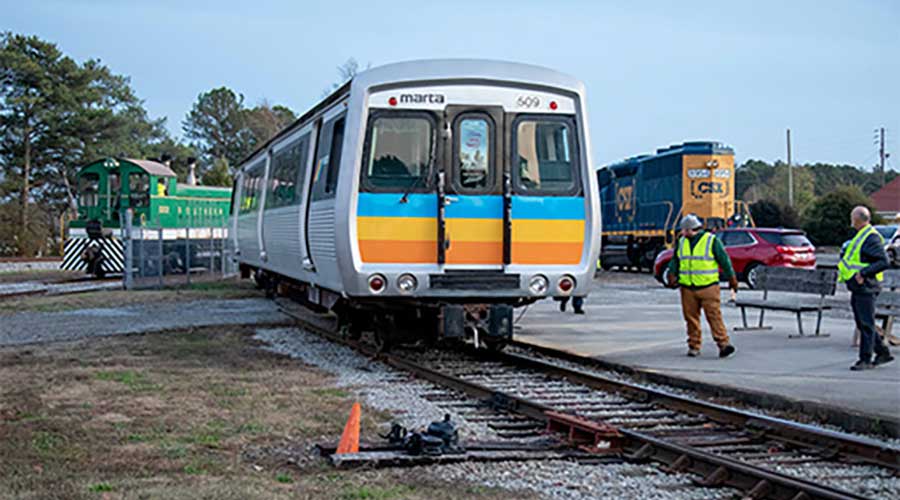 Built by European engineering firm Societe Franco-Belge (which is now part of Alstom), the rail car was one of 20 models to enter passenger service in 1981, MARTA officials said in a press release. The car being donated was retired in 2011.

The rail car has a 75-foot-long aluminum body and weighs 81,000 pounds with a capacity of 46 seated passengers. It was transported to the museum Nov. 16.

"We’re beginning to retire our oldest rail cars and we want to ensure that one of them is around for future generations to see," said MARTA General Manager and CEO Collie Greenwood.

The donation is part of the transit agency's plan to replace its entire heavy-rail fleet with 224 new rail cars being manufactured under a $646 million contract with Stadler. The fleet replacement is the single largest procurement in MARTA history.