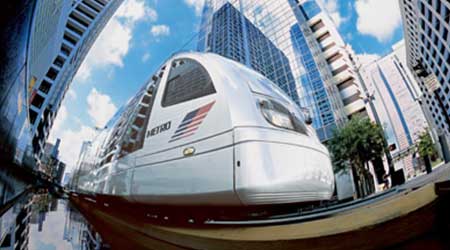 The S70s will feature a new-and-improved modern design, with a centralized low-floor configuration offering better access between all doors along the length of the vehicle, Siemens officials said in a press release. The LRVs will provide more accessibility, particularly for wheelchairs and strollers, and wider aisles will optimize passenger flow, they said.

The vehicles will be Buy America-compliant and built at Siemens' Sacramento, California, plant.

Houston was the first agency to select the S70 low-floor LRV design, which was successfully inaugurated on its first 12-mile line in January 2004, Siemens officials said. Since then, more than 600 S70s have been ordered by 11 U.S. agencies.