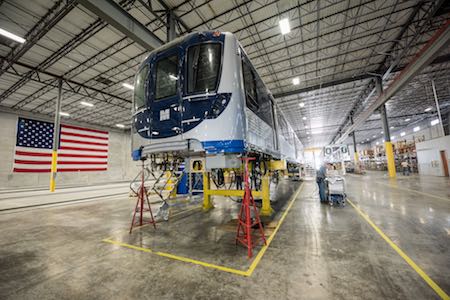 The first two rail cars in Miami Metrorail's new fleet have been assembled and are ready for testing, the Miami-Dade Department of Transportation and Public Works announced yesterday.

The units were designed and manufactured by Hitachi Rail USA, which opened a new plant in Medley, Fla., in March.

The cars also will receive a weight distribution test, department officials said in a press release.

All 136 cars in the new fleet are expected to be assembled, tested and placed into service by the end of 2019.

"Beyond providing clean, safe, and reliable service, we are harnessing the latest technologies to improve our services and make it easier and more enjoyable for our residents and visitors to use transit for their daily commutes," said Alice Bravo, director of the Miami-Dade Department of Transportation and Public Works.