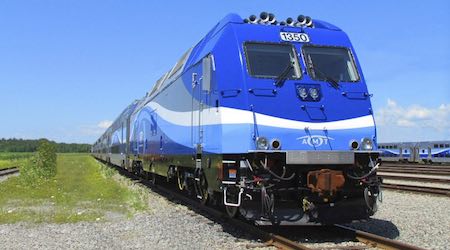 Montreal's Agence Metropolitaine de Transport (AMT) has awarded an eight-year, $246 million contract to Bombardier Transportation for the operation  and maintenance of the agency's commuter-rail fleet.

The pact covers maintenance for AMT's 246 coaches and 41 locomotives, as well as operations of AMT's commuter-rail services. Bombardier has been providing maintenance services for the agency since 2010, company officials said in a press release.

The contract includes a two-year option.

With an annual ridership of more than 19 million, AMT is the second largest commuter-rail system in Canada, Bombardier officials said.