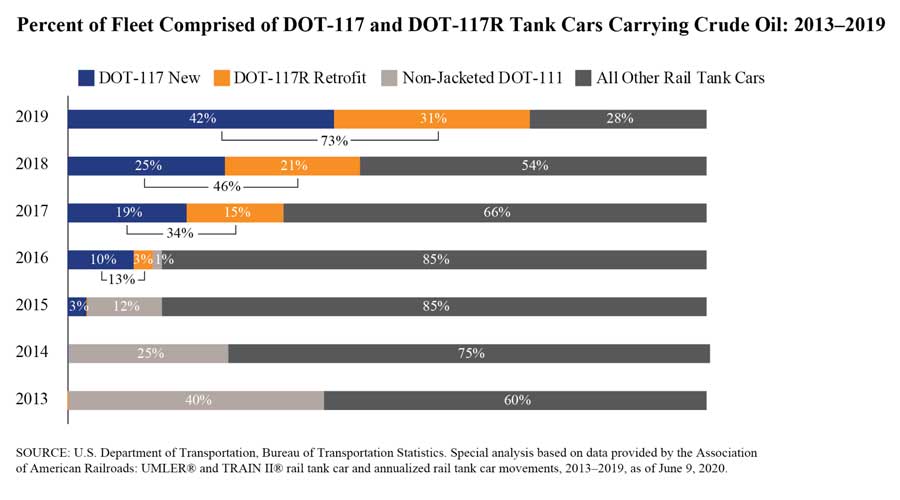 Nearly half, or 48 percent, of rail tank cars that carried Class 3 flammable liquids in 2019 met the new safety requirements, up from 33 percent in 2018, according to a report released yesterday by the U.S. Bureau of Transportation Statistics (BTS).

Currently, some Class 3 flammable liquids are carried in rail tank cars, such as DOT-111s,  which as DOT-111s, which have fewer safety features. It's expected that the fleet transformation will be completed by 2029, BTS officials said in a press release.

For crude oil, 73 percent of the tank car fleet last year consisted of DOT-117s, up from 46 percent in 2018. Non-jacketed DOT-111s, which do not meet the new safety standards, have not carried crude oil since 2016 and the percentage of all other tank car types carrying crude oil dropped from 66 percent in 2017 to 28 percent in 2019, BTS officials said.

The report describes the progress of tank car safety upgrades from 2013 through 2019, by tank car type and type of flammable liquid. Class 3 flammable liquids most commonly include crude oil, ethanol and refined petroleum products.