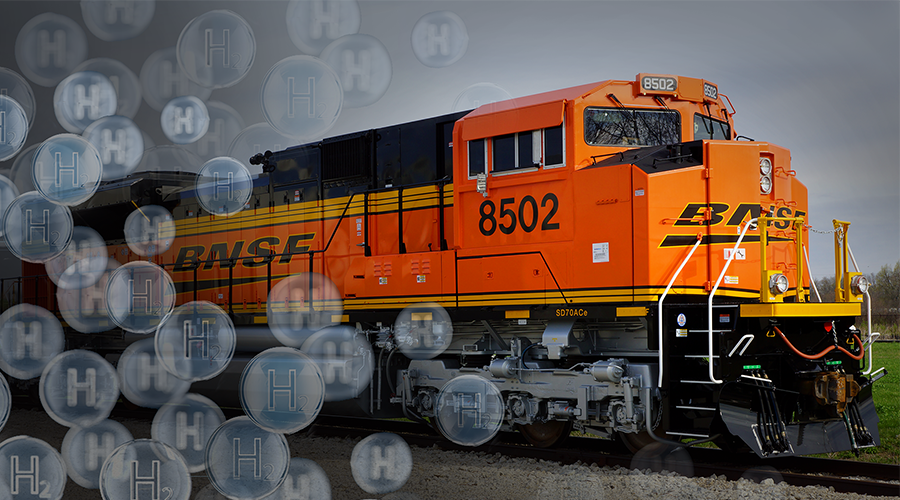 BNSF Railway Co., Progress Rail and Chevron U.S.A. Inc. have signed a memorandum of understanding (MOU) to pursue the demonstration of a locomotive powered by hydrogen fuel cells.

The goal of the demonstration is to confirm the feasibility and performance of hydrogen fuel for use as a viable alternative to traditional fuels for line-haul rail, officials from the companies said yesterday in a joint press release.

Hydrogen has the potential to play a significant role as a lower-carbon alternative to diesel fuel for transportation, with hydrogen fuel cells becoming a means to reduce emissions.

Under the MOU, the companies are working on reaching definitive agreements that will call for the demonstration to achieve three objectives: Progress Rail will design and build a prototype hydrogen fuel cell locomotive for line-haul and/or other types of rail service; Chevron will develop the fueling concept and infrastructure to support use of the locomotive; and BNSF will demonstrate the locomotive on its lines.

"BNSF is pleased to collaborate with Chevron and Progress Rail in piloting locomotives powered by hydrogen fuel cells," said John Lovenburg, BNSF's vice president of environmental. "This technology could one day be a lower-carbon solution for line-haul service, as it has the potential to reduce carbon emissions and remain cost competitive."

Details about when and where the demonstration will take place will be announced after the definitive agreements are approved.