WSDOT to replace rail cars like those involved in fatal derailment 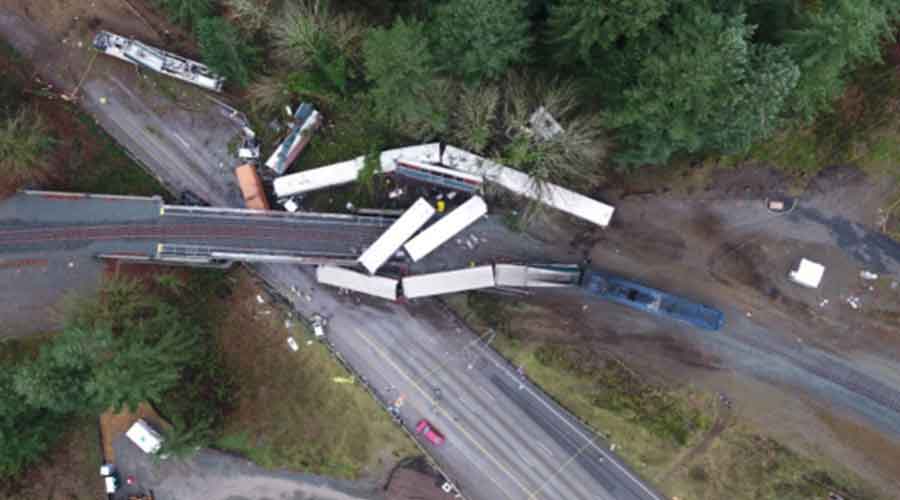 WSDOT officials made the announcement a day after the National Transportation Safety Board (NTSB) said the lightweight vehicles didn't meet current crashworthiness standards and were permitted to operate only through a "grandfathering agreement" with the Federal Railroad Administration.

The NTSB earlier this week issued its report on the causes of the Dec. 18, 2017, incident, in which an Amtrak Cascades train on its inaugural run derailed while speeding through a curve on an overpass. Three passengers were killed and 65 other people were injured.

More than 50 Talgo rail cars that have served the Amtrak Cascades line since 1998 will be replaced "as soon as possible," the Seattle Times reported.

The NTSB said the Talgo Series 6 trains were prone to uncouple and rupture.

Talgo objected to the claim that its equipment is unsafe, and said the NTSB disregarded technical information the company provided, the newspaper reported.