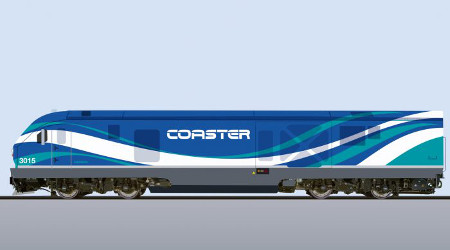 The locomotives will replace units that are up to 43 years old, NCTD and Siemens officials said in a joint press release.

NCTD will buy the units as part of a multistate procurement with the departments of transportation in California and Illinois. The joint agreement will save money for the agency through lowered procurement costs.

In addition, the size of the procurement will help with future acquisition of parts needed for operations.

NCTD will pay for the locomotive purchase using revenue generated by California's Senate Bill 1, which raised gas taxes and vehicle fees to pay for transportation improvements, as well as through $10 million in Carl Moyer grant funds provided via the Air Pollution Control District.

The new locomotives are expected to arrive between March and June 2021. Once they're received, NCTD plans to add 36 more Coaster trips each week to its current schedule.