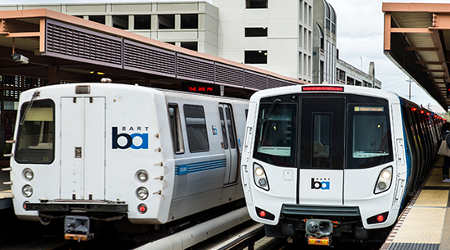 During a test of a 10-car consist late last week, the train operator was unable to open doors at platform stops. This occurred because the onboard systems failed to recognize the consist as a 10-car train and instead viewed it as a three-car consist, according to a letter CPUC sent to BART.

In the letter, CPUC Safety and Enforcement Division Director Elizaveta Malashenko asked the agency to diagnose the problem and provide a detailed explanation of the failure.

Once the corrections are made, another test run must be performed for CPUC staff. The commission also requested a test run throughout the entire revenue line, including stops at all platforms.

As a result, BART was denied permission to operate the new cars in revenue service until the issues have been fixed. BART's goal is to put 775 Fleet of the Future cars into service by 2021.