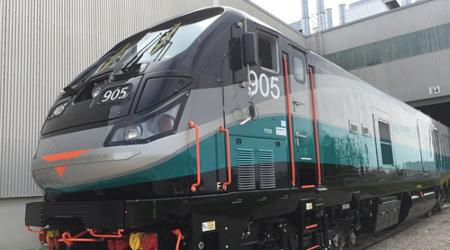 The agency started testing June 5 and will continue through the summer, Metrolink officials said in a press release. This month, testing locations will include the Central Maintenance Facility in Los Angeles, the Antelope Valley and Orange County lines, and Metrolink's Pasadena subdivision.

Tests also will take place on tracks not normally used by Metrolink.

The Federal Railroad Administration earlier this month gave the commuter railroad permission to proceed with testing. Once the testing period concludes, Metrolink will begin to deploy the new Tier 4 locomotives across its system.

Built by Progress Rail, the new units are expected to reduce particulate matter and nitrogen oxide missions by up to 85 percent, according to Metrolink.