The Chicago Transit Authority's (CTA) board today is expected to award a contract for more than 800 new 7000-series rail cars. 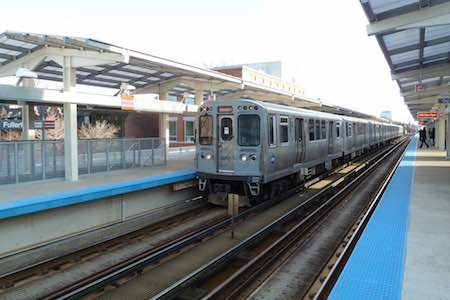 CTA's order for 800 new rail cars will allow the agency to replace older units, such as the 2600-series cars (pictured above) that were built in the 1980s.
Photo: Flickr user Kevin Zolkiewicz
Shared under Creative Commons

The deal includes a commitment from the winning bidder to build a multimillion-dollar assembly facility in Chicago, CTA officials said in an emailed announcement.

The contract is valued at $2 billion, a local CBS affiliate reported.

The plant would be the first of its kind for the city in more than 35 years. The last rail cars manufactured in Chicago were Amtrak's Superliner units, which were built at the now-shuttered Pullman-Standard factory in 1981, according to the CTA.

The new rail cars will replace nearly half of the agency's existing units, some of which are more than 30 years old.

As of press time this morning, CTA hadn't announced the name of the contract awardee.