Rail-car market update: What about Bob (I mean rail cars)? 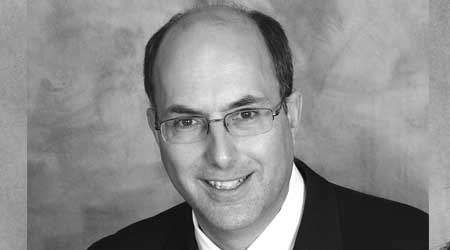 I have an extremely low bar for movies — or at least that’s what my family tells me. I recently watched “What about Bob?” with Bill Murray, which is a really good movie, and realized that if you think about it, Bob could be the rail-car market right now. At least the Bob in the first half of the movie. The Bob with all the phobias and fears.

Probably the biggest issue is “What about equipment demand?” Lease rates have been struggling since well before the pandemic, which only made matters worse, but have somewhat stabilized. And some car types — mill gondolas, aggregate hoppers, box cars, grain cars, etc. —are starting to improve. This is mainly due to improvement in freight volumes in most commodity sectors, but these increases are year-over-year from the very depressed 2020 “COVID” year. So, take these with a grain of salt.

There are other issues:

• “What about the surplus?” A year ago, over 500,00 cars were in storage, or about one-third of the overall fleet. But in the past year, more than 100,000 cars have come out of storage. Most went back into service, but some went to the scrap yards. This has had a direct positive effect on rail-car lease rates, albeit somewhat muted, but is better than nothing. Also, the higher retirement rate has been helping the market recover. However, certain car types are still very depressed, and even with advanced scrapping, these fleets will remain unhealthy for some time (i.e., coal, small CH, large GP tanks). Scrap steel prices jumped up in the beginning of 2020 and for the most part have held up, no doubt pushing some retirements. However, higher scrap prices do not necessarily have a direct effect on lease rates. Availability does. So, unless the scrap rate is large enough for a given car type, or the surplus was small to begin with, higher scrap steel prices do not immediately translate into higher lease rates, despite what anyone tries to tell you.

• “What about new car demand?” For the first time in a long while, the fleet size actually shrunk in 2020 due to an increase in retirements and a decline in new car fleet additions. Gone are any of the new growth market segments that propped up new car builds since the mid-2000s, i.e., ethanol, frac sand, crude by rail (CBR). The new car market is back to its normal replacement and upgrade (286k GRL) base. This will reduce the volatility in deliveries, but also lower the overall volumes. Fleet age profiles and retirement rates for certain car types will influence new car demand and build rates, so some volatility will remain, but it will be a more predictable matter. New car costs are another thing. They remain high. Not as high as during the “go-go” CBR build cycle that dragged up new car costs for a lot of unrelated car types, but still high. Steel prices jumped considerably in early 2021 and have pushed new car costs up 15% to 20% across the board — and, in some cases, more than 30% — from what they were in 2020. This is not so much margin-related but cost pass through.

• “What about railroad metrics and mergers?” And the effect on rail-car demand and utilization? Precision scheduled railroading has had a small effect on car supply and demand — mainly, it’s been railroads returning leased equipment because it’s an easy and quick way to affect the operating ratio. However, the freight downturn during COVID 2020 and railroads’ increased fluidity had more to due with the reduction in car fleet demand. But this is changing as we speak. As freight volumes recover and more cars are pushed back into the system, railroad metrics have started to retreat (i.e., train speed, etc.)

Back to Bob (and a spoiler alert): At the end of the movie, Bob did get the girl and his nemesis did get his comeuppance. Ultimately, the rail-car market will improve, but like Bob, it will take some time … and there will probably be some hijinks (it is Bill Murray, after all).

Richard Kloster is the founder of Integrity Rail Partners Inc., a private transportation consulting company that provides strategic consulting to the rail industry.