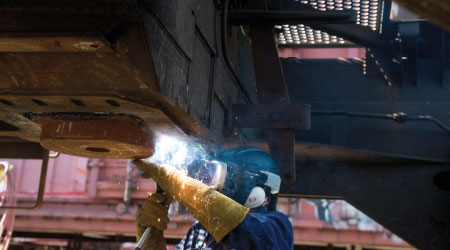 How’s business been so far this year for North American rail-car repair shops? For many, the work’s been steady, and market observers figure it’ll continue to be well into 2019, a sampling of shop officials said in email responses to questions about the repair segment’s near-term outlook.

“We have witnessed consistent demand in box-car repairs and tank-car repairs, and some upswing in the sand and crude oil segments,” said Marty Haycraft, Progress Rail’s executive vice president of rolling stock.

But other factors have been at play. Shop officials credit their steady — and, in some cases, growing — business to boosts in rail traffic. Through the year’s first 41 weeks, U.S. railroads reported a cumulative volume of 22,184,558 carloads and intermodal units, an increase of 3.9 percent compared with the total from the same 2017 period, according to Association of American Railroads (AAR) data.

“With a strong economy, utilization is up for car owners,” said Terry Hicks, vice president of sales for Appalachian Railcar Services. “Repairs are pretty consistent through all car types, and there is a steady flow of requalification needs for tank cars. Scheduling maintenance and repairs will be paramount as assets continue to increase mileage and wear and tear.”

Other officials credit upgrades to their own fleets as well as increasingly vital relationships with car owners for keeping them busy.

“Our primary focus is working on Herzog equipment, automation repairs and upgrades,” said George Williams, vice president of Herzog Railroad Services, adding that 2018’s second half has been particularly “robust,” with the company’s two facilities in St. Joseph, Missouri, and Falls City, Nebraska, running at or near capacity. Work includes repairing bad-order cars from outside customers, and performing modifications and AAR-type repairs on Herzog’s own fleets, Williams said.

“While we have seen a general slowdown in rebuilding and requalification work, our mobile business — especially in Alberta and Saskatchewan — has grown, as we have a dedicated facility in Alberta’s Industrial Heartland to perform repair services,” he added. “We also are now managing a large dedicated grain fleet for a new customer and continue to service our long-term customers, whose business has fortunately increased.”

The business generated by tank-car requalification projects in 2018 stands in stark contrast to just two years ago.

When the U.S. Department of Transportation in 2015 issued a new set of standards for tank cars transporting flammable liquids, freight-car repair companies began prepping for what they anticipated would be a surge of retrofit work to older DOT-111 tank cars — a surge that, for the most part, didn’t come. Instead, tank-car owners proceeded cautiously, given the cost of updating older cars as well as plummeting oil prices — wrinkles that lowered retrofit demand and resulted in proverbial market uncertainties.

On the other hand, tank-car owners are still working to comply with HM-216B, which was issued in 2012. 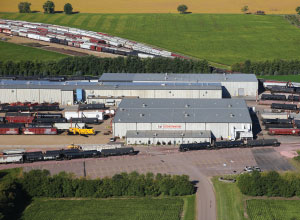 The standard requires tank-car owners to adhere to requalification programs that ensure a tank car or component will not fail prior to its next scheduled inspection or test. Officials at some repair companies, including The Andersons Rail Group and Midwest Railcar Repair, said they’ve seen a spike in such projects this past year. But a slowdown in tank-car requalification work might be on the horizon, said Jason Stelmaszak, director of rail-car repair operations for The Andersons Rail Group, which operates 25 repair locations.

“We expect the increased rail-car traffic trend to continue [but] at a slower pace,” he said. “This should still result in relatively steady repair opportunities.”

“I’m optimistic about 2019 and what the year will bring in the repair industry,” Herzog’s Williams said. “I feel good about the overall railroad outlook. With traffic volumes running fairly high, that means that cars will be getting bad ordered and needing repairs.” 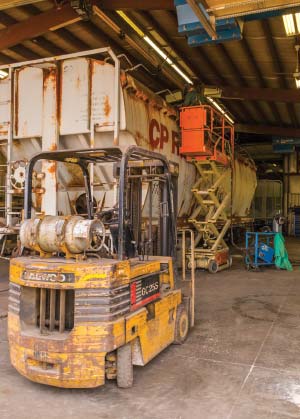 Officials at Northern Plains feel good about the future, too — so much so that they plan to expand the company’s rail-car repair business in both Grand Forks, North Dakota, and Edmonton, Alberta.

“We are quite bullish on our own ability to continue to manage and grow our rail-car service offering in 2019 and beyond,” Smith said.

And there should be plenty of work to go around.

“Although there are a multitude of economic and regulatory factors to consider that may affect the rail industry as a whole — and more specifically the rail-car repair segment — we feel cautiously optimistic that the strength of our service segment offerings will remain strong heading into the next year,” said Midwest Railcar Repair President David Smook.

Added Hicks of Appalachian Railcar Services: “Our goal as a company is to improve our efficiencies and provide safe, quality work with competitive turn times for cars in and out of shops, and 2019 will be a good year for quality rail-car repair shops.”