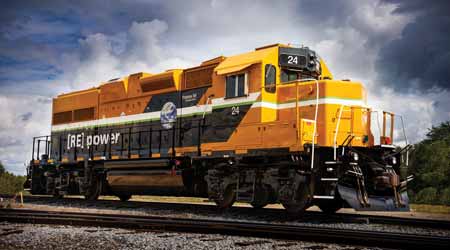 Carload volume didn’t keep pace with intermodal growth earlier in the year, either. The number of carloads declined while intermodal volumes grew in July, August and September, according to Association of American Railroads (AAR) data.

For locomotive manufacturers, business also was mixed throughout 2017. Although orders for new locomotives had tapered off, some companies said the demand for locomotive remanufacturing remained strong as railroads continued to seek cost-effective ways to increase capacity and reliability.

“While 2017 [was] a challenging year for the rail industry and we’re still in a tough environment, we have been using this time to continue diligently meeting with customers and turning our focus on how we can meet future needs,” said Brian Edwards, vice president of sales, locomotive service operations and customer performance for manufacturer Progress Rail.

What’s more, 2017 was a “robust year” for remanufacturing and modernization work as customers poured capital dollars into locomotives that needed upgrades or life extensions, he added.

“We see this work as a trend that could likely continue, and we are ready to support our customers if that proves to be the case,” Edwards said.

In late 2017, Progressive Railroading reached out to a sampling of locomotive manufacturers by phone and email to get their take on remanufacturing demand. Below, execs from those companies share their thoughts on modernization trends for the year.

For Progress Rail, much of its remanufacturing work has involved upgrades to engines and control systems. In many cases, the work was performed on intermediate or switcher locomotives that don’t see as much action as line-haul locomotives. 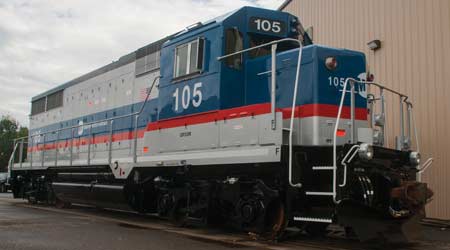 To boost reliability and fuel economy, the company incorporates its advanced control systems and latest locomotive electronics into its rebuild programs, Edwards said. The company also has expanded its product and service offerings to serve both domestic and international customers.

“We anticipate customers will continue to request [remanufacturing] and modernization work similar to levels we’ve experienced [in 2017],” Edwards said.

“I would say 2017 was strong and 2018 will be stronger as our customers are looking for better capital efficiency,” he said. “One effective way to do that is to take a heavily used locomotive and upgrade the technology on it.”

Some of that new technology includes updated control systems that work in concert with GE’s suite of digital products.

“Older systems can’t do that. They weren’t set up to use all the digital solutions,” Manison said.

GE categorizes its manufacturing work into three broad categories. The first is a refresh, which involves tearing down a locomotive and rebuilding it with modern parts and control systems. The company also repurposes assets, which could include converting a locomotive from DC to AC traction.

Refreshes and repurposes are handled at GE’s plant in Fort Worth, Texas, but replacements — which happen more frequently in global markets — are often performed on location. Sometimes, GE will produce the needed replacement kits in Fort Worth.

Although Manison declined to name specific customers, he noted that the majority of Class Is have “embarked on some sort of modernization program.”

In 2018, there appears to be “good momentum” for continued locomotive modernization demand, Manison said.

And how might that compare with the demand for new locomotives?

Manison believes there always will be “a sort of balance” between the calls for new units and modernizations.

“As markets improve, you’re still going to need new locomotives and more horsepower. I think the split will be dictated by the railroads and how traffic grows. And when it’s not growing that rapidly, modernization is a good choice,” he said.

A ‘good mix’ of demand

In 2017, Brookville Equipment Corp. didn’t receive any contracts for new locomotives, but instead focused on advancing two major rebuild orders in its backlog. The company expanded an existing remanufacturing order from seven units to eight.

Brookville execs believe there will be a “good mix” of demand for both rebuilt and new locomotives going forward, said spokesman Adam Mohney.

“Our focus will be on meeting the specific demands of our clients and looking for apparent ways to add value with both new and remanufactured locomotive fleets,” he said. 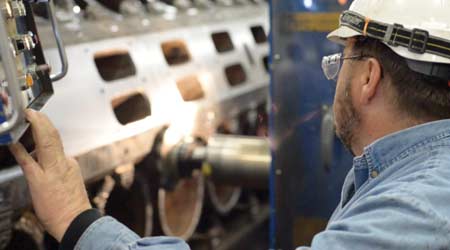 Fuel efficiency also is a key selling point for Railserve’s Dual LEAF® locomotives. The units, which comply with the U.S. Environmental Protection Agency’s Tier IV emission standard, are 15 percent more fuel efficient than the Tier III-compliant LEAF models, according to the company.

All LEAF locomotives built to date have been constructed on existing frames, but the company hasn’t ruled out building entirely new LEAF units. 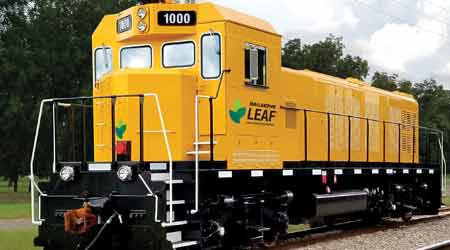 All of Railserve’s LEAF locomotives built to date have been constructed on existing frames, though the company hasn’t ruled out building entirely new LEAF units.
Railserve

Railserve rolled out the latest LEAF model in 2016. The customer that ordered the unit “has been impressed with its operation and reliability, and is planning to order additional Railserve Dual LEAF Tier IV units,” said TJ Mahoney, Railserve’s LEAF program manager.

“With the economy strengthening, and factors favoring volume shifts from truck to rail, 2018 holds great promise for the industry in general,” he said. “On top of that, corporate sustainability requirements are expected to bolster demand for low-emissions locomotives, including the Railserve LEAF and Dual LEAF. Our outlook is positive this year for sustainable locomotives, both domestically and internationally.”

Overall, though, 2017 was a challenging year for modernizations due to soft North American railroad volumes, Mahoney said.

Nonetheless, PowerRail has maintained rebuild sales by leveraging new technology and offering reliability-driven products, Foster said. As a result, the company has kicked off a major expansion to its locomotive facility in Monroe, Georgia. PowerRail plans to expand the existing building and install two overhead cranes and some Class I track.

In addition, the company is adding a side building for running repair work. In early 2014, PowerRail purchased the locomotive facility, which is located outside of Atlanta. Since then, the company has invested in new equipment, added and replaced rail to improve storage and operations, and hired new staff.

Since many railroads are investing in fewer locomotives, they’ll need to find new ways to incorporate newer technologies into their existing fleets, Foster said.

“PowerRail has focused on offering enhanced products that will help the railroads increase the service life of their locomotives,” he said.