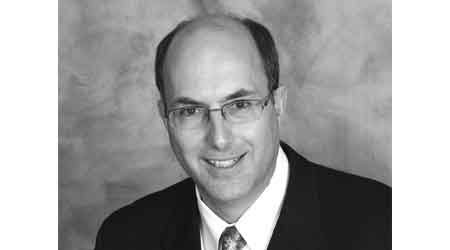 Back in June 2014, the rail equipment market was dominated by the energy industry, which had a seemingly unending appetite for crude oil tank cars and frac sand covered hoppers. The demand for new rail cars to support the energy industry was still strong. Oil prices were at or above $100 per barrel (bbl). The Bakken-West Texas Intermediate (WTI) spread was above $15 per bbl. New rail-car orders were rising. Builders were increasing production rates, deliveries were growing and the backlog was just short of 100,000 cars. The tank-car fleet was almost 100 percent utilized. Lease rates, new car prices and margins were strong. And the rail equipment sector was being rewarded by Wall Street with favorable valuations and rising stock prices.

Things couldn’t have been better, right? Well, this is where the “What a difference …” part comes in.

Today, oil prices are below $50 per bbl, the Bakken-WTI spread is less than $6 per bbl, the tank-car fleet surplus is above 80,000 cars and fleet utilization is down to 77 percent. While the energy-related backlogs are still high, they are falling fast as new car orders have dropped like a rock. As they say, “The bubble has burst” — at least as it relates to the energy sector car types.

The question now is, “What will replace this new car delivery demand for 2016?” The answer, unfortunately, is “Not enough to make up the difference.” We expect new car deliveries to total about 81,000 cars in 2015. However, with the collapse of energy-related new car demand, our current FTR forecast for 2016 is only about 61,000 cars, a 24.6 percent decline compared with 2015’s projected total.

The flat-car fleet also will be a demand generator in 2016 and beyond, as both the domestic and international intermodal fleets continue to see replacement and fleet growth demand. Auto sales are projected to remain strong and consumer preferences are shifting to smaller vehicles. This bodes well for the tri-level fleet, which will see strong deliveries.

In free fall since the recession, the box-car fleet will be interesting to watch in 2016. While retirements have far outpaced new car builds for a long time, this fleet remains one of the most highly utilized fleets. Paper companies are the primary shipper base that relies on box cars, which are an important part of their supply chain. A recent surge in box-car orders has led to a record backlog, but the surge will not be enough to change the fleet’s downward course. The paper industry is working with railroads and the Association of American Railroads to develop an economically viable way to increase the life of existing box cars beyond 50 years. If the group can pull it off, the fleet decline could be slowed long enough for the industry to develop a long-term solution.

Meanwhile, the coal fleet will continue to seek out its “new normal.” Retirements will continue and there won’t be many replacements, other than limited volumes of re-bodied and new hybrid coal cars to serve the eastern utility markets.

FTR expects the demand for non-coal gondolas and open-top hoppers to be flat next year, but a modest replacement cycle is on the horizon as the steel, construction and aggregate markets begin to improve later in the decade.

All in all, while the activity in these non-energy segments will not be able to cover the volumes lost with the collapse of the energy-driven car types, the related backlogs are still very large. When combined with the modest delivery projections for these other fleet segments, overall deliveries in 2016 still will remain well above the long-term annual build rate.

So now the question turns to 2017 … and the answer most likely will be “What a difference a year makes!”

Richard Kloster is executive vice president and chief commercial officer of AllTranstek LLC, a private transportation consulting company that provides fleet management, technical and strategic consulting to the rail industry. He also is a principal at FTR, where he forecasts the rail equipment markets for a broad client base.