Rail finance and leasing: The key issues in 2015 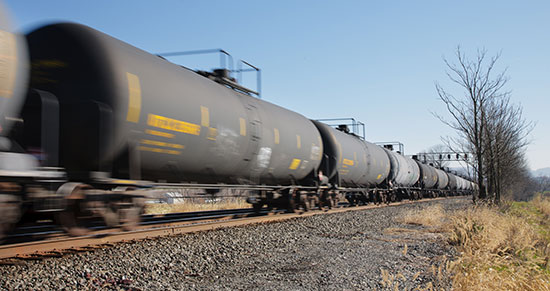 Every January, we ask North American rail finance and leasing folks to share their thoughts about the year ahead. It's part of the information gathering for our annual Finance & Leasing Guide, which is a directory of firms that offer an array of financial services to the rail industry.

Last year at this time, fears of looming tank-car design regulation and/or legislation in the United States topped the rail finance and leasing crowd's "issues" list. Lessors, lenders and other segment professionals also worried that the uncertainty surrounding regulation/legislation might affect business. They needn't have fretted: Almost all of the lessors and financial services representatives who responded to our January 2015 survey characterized 2014 as a really-good-bordering-on-exceptional year, with strong demand from nearly all rolling-stock sectors.

What are they thinking about this year? What are their biggest issues? Uncertainty lingers (when doesn't it?), particularly with regard to the soon-to-be-issued new tank-car design standards. The new rules probably will surface in the second quarter — early in the quarter, if I had to guess.

Just how the rule changes will affect tank-car designs, equipment availability, car-building and car-repair capacity — and the planning and purchasing approaches of would-be asset owners — remains to be seen. But the new standards will have an impact. A

Just as disconcerting for some is the near-term future of rail-car supply in the face of changing energy-related dynamics. What'll the drop in oil prices mean to the demand for frac sand and certain car types? What'll it mean to the economy? They're rhetorical questions a number of survey respondents are asking themselves — and others. As Nossaman LLP Partner Kevin Sheys put it in his 2015 survey response: "The market price of crude oil will have a direct bearing on tank-car utilization and new orders, and tank-car utilization/orders will be a bellwether for finance and leasing activity with respect to other car types."

Of course, lessors, lenders, and representatives from firms that serve or observe the rail-finance sector have other things on their minds at the moment. Their very lightly edited responses to our 2015 survey, which were submitted via email or shared during telephone conversations, follow.

What is the key issue facing the rail finance/leasing sector in 2015?

DOT tank-car regulations. If the DOT is too heavy handed in its regulations, it will likely derail the oil boom and force lessees of tank cars into bankruptcy.

Regulatory changes will clearly have the single biggest impact on our sector in 2015.

The lack of clarity our government ... and [its] failure to act in any type of efficient matter on new tank-car regulations, instead just providing teasers of what they might do, is having a major negative impact on car supply and investment opportunities. Crude-oil pricing also figures to be a closely watched area, although low prices would seem to benefit more segments than they would hurt, as oil and gas production levels would still be expected to remain high.

With the new tank-car regulations scheduled to be finalized and released in May, tank-car owners and users will finally gain much more certainty over their future fleet decisions. In addition to new rules, the FRA is also increasing its enforcement activities, which will put more compliance pressure on car owners.

The implosion and potential fallout of the falling oil and frac sand market.

Capacity. The capacity for new cars and components, as well as repair services, are expected to be tight in 2015, as overall deliveries will hit a 35-year high in 2015, and overall fleet utilization remains high.

2015 spending in the oil and gas sectors will impact overall economic activity. With respect to tank cars, the key issue will be the content and timing prescribed within the final rulemaking and what disruptions to industry and commerce will result.

Key issues facing financing and leasing companies in 2015 will be the opportunity to forge new business. Equipment availability will remain feverishly tight and challenges to acquire equipment in order to facilitate new business will plague leasing companies. Questions regarding how lower gas prices with affect the U.S. oil boom and fracking industries and how rail-car delivery (covered hoppers and tank cars) impact the supply of older generation covered hoppers. Will we see a surplus of covered hoppers following new car delivery?

A key issue facing the rail finance/leasing sector in 2015 is capacity to build and deliver the cars in backlog within a reasonable timeframe.

1. Equipment availability — hard to find cars for purchase to lease.
2. The PHMSA ruling for tank cars [is] taking too long. Orders are lagging because lessees are awaiting the new rules.
3. The money is there for leasing and we can help with financing issues, but a lot of companies who want to lease rail cars do not know this offering can be taken advantage of from all lessors.

Improving ROI in the face of decreased cycle times while improving utilization to get more productivity out of existing assets.

In the U.S., rail capacity will remain a key issue for the industry to deal with — tank cars, locomotives, and of course track and facilities capacity. But, the economy seems especially dangerous at the moment. With oil dropping below $50/bbl, inputs and outputs to the oil sector will slow and so will rail traffic. Dropping gasoline prices give consumers the ability to make a substantial boost in discretionary spending which should boost demand for a wide range of items including automobiles and houses.

Interest rates will probably increase sometime this year and no one knows how that will impact investment financing or consumer spending. Europe, China, Russia, and many other parts of the world are experiencing a slowdown. It's hard to tell how the year will end up.