American Railcar to be acquired by ITE Rail Fund subsidiary 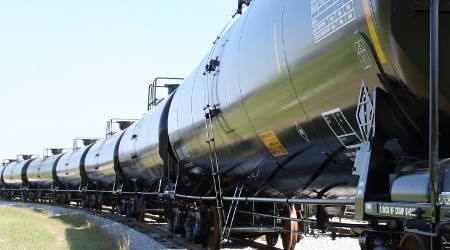 American Railcar Industries Inc. (ARI) announced today that it has entered into a definitive agreement to merge with a subsidiary of ITE Rail Fund LP in a transaction valued at $1.75 billion.

The merger is expected to close in the fourth quarter. ITE Rail Fund is managed by ITE Management LP.

ARI officials are looking forward to working with the ITE team to improve and grow the business, said ARI President and Chief Executive Officer John O'Bryan in a press release.

"ARI is a highly respected company in the rail-car industry with a rich history of growth and innovation for over 20 years," O'Bryan said. "The sale demonstrates the value this company, its employees and shareholders have created, and I would like to thank Icahn Enterprises LP for its support and guidance over the years."

Activist investor Carl Icahn's firm owns more than 60 percent of ARI. He bought a majority stake in the company in 2010, The Wall Street Journal reported.

"As one of ARI's founders and, formerly, its president and CEO for almost 15 years, I know that ITE can work with this great organization and its people to continue to build and move America's infrastructure," said Jim Unger, a partner of ITE.