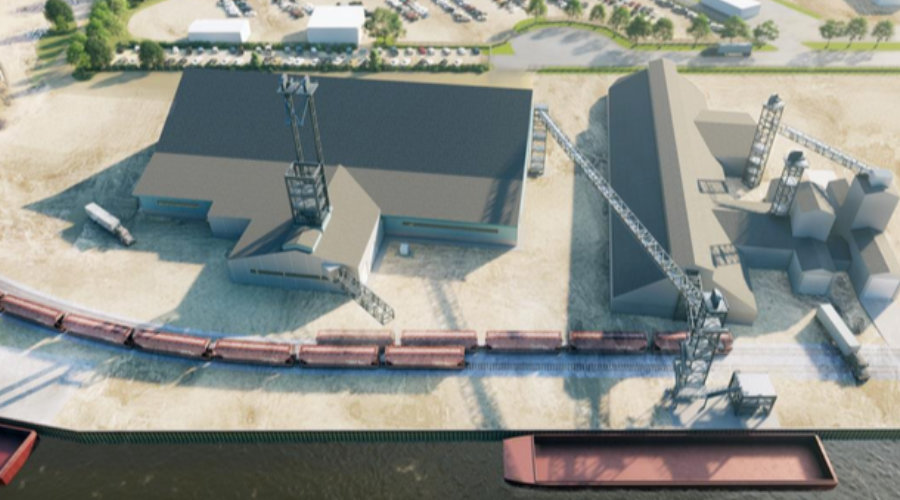 Alter's current tenant, ADM Fertilizer of Minneapolis, will use the new warehouse under a long-term contract. The warehouse will have seven large storage bins for bulk products and three micro bins, plus a high-capacity blending/loadout system, company officials said.

Marcus Construction designed the new building and is the primary and general contractor for the new facility. Alter has also partnered with Sackett-Waconia for mechanical system design and equipment as well as the existing terminal upgrade.

The new barge receiving system feeds both the new facility and Alter’s existing facility on the site which will now also enables discharge of rail cars into either building.

Alter is also in the process of finalizing plans for an extensive addition to their rail service increasing capacity with about 4,400 feet of new track. The Saint Paul Port Authority was instrumental in securing funding from the Minnesota Department of Transportion to assist in the project. TKDA Engineering has been actively involved in all aspects of the three projects, as well as lending a supervisory role overseeing the new building construction.

Alter is expecting all construction on the three projects to be finished in early in 2022.