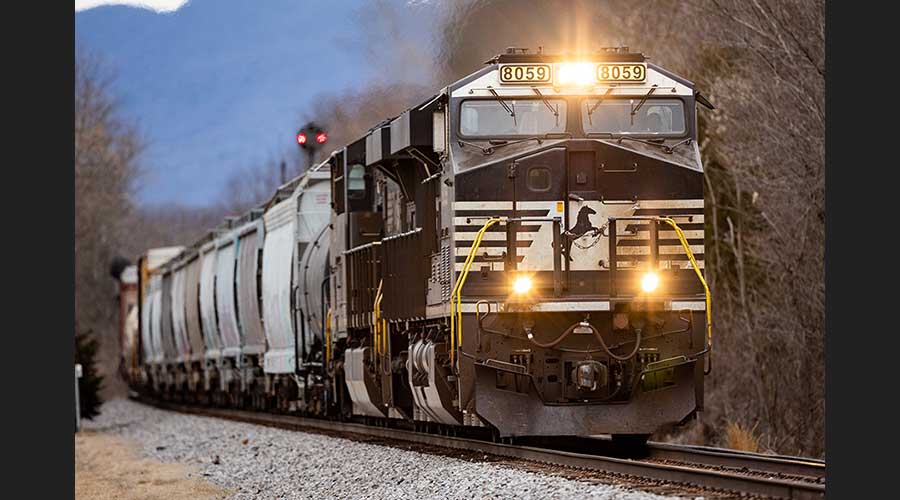 President Joe Biden early this morning announced a tentative agreement has been reached between the major freight railroads and unions after an all-night negotiation session. The tentative pact averts a nationwide freight-rail strike that could have started as early as tomorrow.

"The tentative agreement reached tonight is an important win for our economy and the American people. It is a win for tens of thousands of rail workers who worked tirelessly through the pandemic to ensure that America’s families and communities got deliveries of what have kept us going during these difficult years. These rail workers will get better pay, improved working conditions, and peace of mind around their health care costs: all hard-earned.

"The agreement is also a victory for railway companies who will be able to retain and recruit more workers for an industry that will continue to be part of the backbone of the American economy for decades to come."

The marathon negotiation session involved the National Carriers’ Conference Committee (NCCC), which represents the nation’s freight railroads in national collective bargaining, and the three remaining unions to reach a tentative settlement: the Brotherhood of Locomotive Engineers and Trainmen Division of the International Brotherhood of Teamsters; the International Association of Sheet Metal, Air, Rail and Transportation Workers – Transportation Division; and the Brotherhood of Railroad Signalmen. Together, the three unions represent 60,000 railroad employees.

The tentative agreement includes wage increases, bonuses and no increases to insurance copays and deductibles, BLET and SMART-TD leaders said in a prepared statement.

"For the first time, our unions were able to obtain negotiated contract language exempting time off for certain medical events from carrier attendance policies. Our unions will now begin the process of submitting the tentative agreement to the rank and file for a ratification vote by the memberships of both unions," said BLET President Dennis Pierce and SMART-TD President Jeremy Ferguson.

The parties' Health and Welfare Plan point-of-service costs will remain unchanged; there will be no increases to copays or deductibles; and there are no disruptions to the existing health care networks, Ferguson and Pierce said.

The tentative deal was made as Class Is were preparing for a potential rail strike. The 30-day "cooling-off" period — following the release of the Presidential Emergency Board’s recommendations for a contract settlement — was set to expire at 12:01 a.m. Friday.

"The NCCC would like to thank the unions’ leadership teams for their professionalism and efforts during the bargaining process. We also would like to thank the Biden administration — in particular Secretary of Labor Marty Walsh and his team, Secretary of Transportation Pete Buttigieg, Secretary of Agriculture Tom Vilsack and the board members and staff at the National Mediation Board — for their assistance in reaching these settlements," NCCC officials said in a press release.

Meanwhile, American Trucking Associations President and CEO Chris Spear congratulated the railroads and unions on reaching a deal and averting a potential strike that would have been "catastrophic" for the economy.

"Our supply chain is entirely interdependent, making the potential for a nationwide rail stoppage a serious threat to our nation’s economic and national security," Spear said in a press release. "We applaud both sides for reaching a tentative agreement that averts this outcome and permits our supply chain to continue climbing out of this COVID-induced rut."