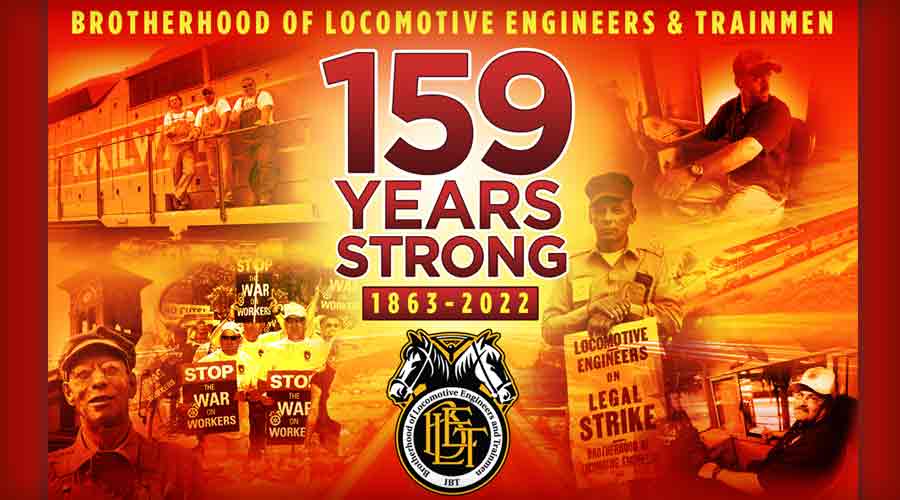 The Brotherhood of Locomotive Engineers and Trainmen has reached a tentative on-property agreement with the Dakota, Minnesota and Eastern Railroad (DM&E), a subsidiary of Canadian Pacific.

Ballots will soon be mailed to active members employed by DM&E who are eligible to vote in the ratification process.

The agreement provides general wage increases of 24.75% for the life of the contract, which expires at the beginning of 2024. There are no major work rule changes or health care concessions in the agreement, BLET officials said in a press release.

Meanwhile, the BLET yesterday marked its 159th anniversary. Originally called the Brotherhood of the Footboard, the union was founded in 1863 in Michigan. In 1864, the union changed its name to Brotherhood of Locomotive Engineers. The union merged with the International Brotherhood of Teamsters in 2004, BLET officials said in a press release.

BLET was the first labor organization to obtain contracts with railroads, one of the earliest being an agreement with the former New York Central Railroad in 1875. Today, BLET represents locomotive engineers on 98% of rail trackage in the United States.