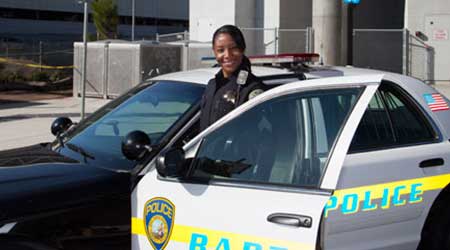 Since police officers' salaries are rapidly rising nationwide, the contract includes a labor package that brings the agency's officers closer to average salaries in the San Francisco Bay area, BART officials said in a press release. The agreement includes a one-time 6 percent salary increase and annual pay hikes ranging from 2.5 percent to 2.75 percent over the four years.

"This is an important contract not only for our current officers but for recruitment efforts," said BART Police Chief Carlos Rojas. "Bay-area law enforcement agencies often are competing to hire the best candidates out of a shrinking pool of qualified applicants. This agreement will make us a more attractive destination for potential hires."

The contract also enables the police department to hire outside contractors to assist with background checks for officer candidates, helping to reduce the time it takes to complete a full background check for prospective officers.

In addition, Rojas announced that an incentive program offering new officers a $10,000 hiring bonus will be extended into 2019.

Department officials have attended more than 40 recruitment events across Northern California this year and those recruitment efforts will continue in 2019, he said.

Through October, the department had hired 24 new officers, well up from the 16 that were hired through all of 2017, Rojas said.